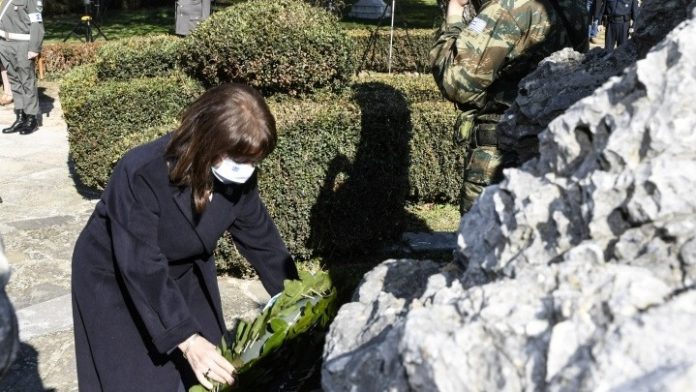 Greek President Katerina Sakellaropoulou attended events commemorating those who fought for the liberation of Ioannina from the Ottoman Turks during World War I, laying a wreath on Sunday.

At the Memorial of Bizani Fighters, named after the town near Ioannina where the decisive battle took place, Sakellaropoulou said she “honored all who contributed to incorporating Ioannina to the nation – the volunteers, the rebels, the officers, and the plain soldiers.” They inspire later generations to fight together, and to preserve the liberty they sacrificed their lives to.

A message was sent by Foreign Affairs Minister Nikos Dendias to the city, congratulating it and the prefecture of Epirus for the 108th anniversary of its liberation, “one of the outstanding moments of our modern history.”