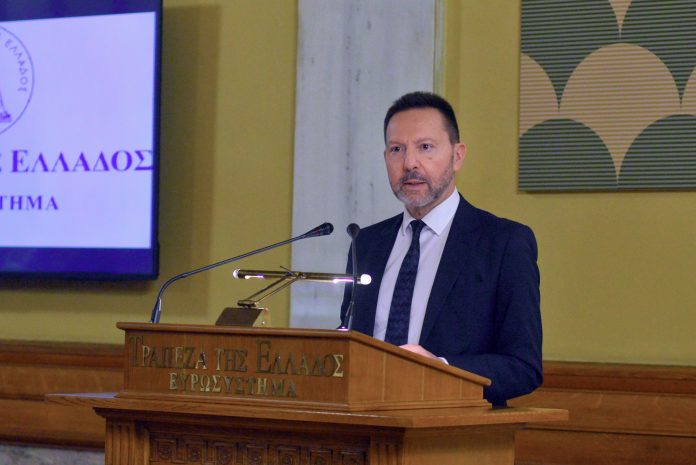 Greek public debt remains sustainable at least until 2030 despite its increase as a percentage of GDP, Bank of Greece governor Yannis Stournaras said on Tuesday, and despite the fact the pandemic and the fiscal measures taken are expected to permanently increase the funding needs to service this debt.

Addressing an event organized by the Economic Chamber, the central banker recommended that the cash buffer of the public sector should remain at high levels in the next years as it contributed in preserving a low risk of refinancing the public debt, offering more confidence to investors.

Stournaras said that in the medium long-term, the main risks of debt sustainability were related mostly to financing terms, economic growth rates and the level of collateral offered to boost liquidity of enterprises, in the framework of economic support measures during the pandemic. For this reason he recommended that the government should continue its reform programme, to prepare the economy not only for a safe and full restart but, even further, for its return to a solid growth course, by investing in digital and green economy.

Also, Greek authorities should be ready to be fully incorporated in the rules of a European Fiscal Framework when these are reactivated, and to efficiently exploit funds from the EU Recovery Fund.