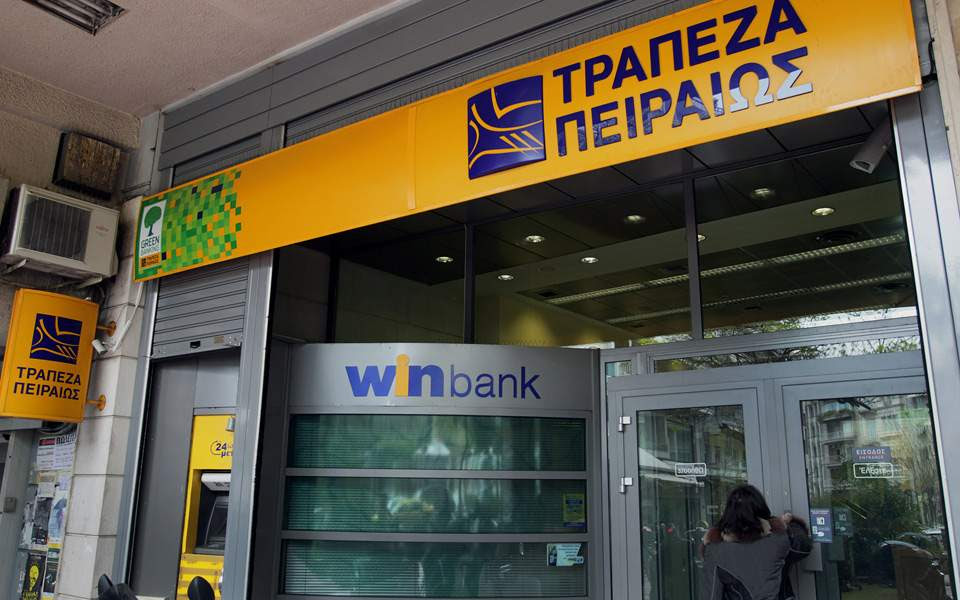 In the report, a copy of which was reviewed by Bloomberg, the regulator said it looked at the bank’s sale of five properties to a Cypriot firm in 2016 and found that “there are strong indications that Mr. Sallas and other members of Piraeus management who participated in the deals are guilty of malfeasance.” Sallas, who led the firm for a quarter of a century until he stepped down in July 2016, disputes the report’s findings and denies any wrongdoing.

The properties — which had been sold in 2003 to companies “linked to Sallas or members of his family” and then repurchased in 2006 by Piraeus — were offloaded to the Cypriot company in 2016 using loans from the bank, the report said. The transactions, with funds going through a series of intermediate companies, showed the lender was “breaching prudent banking methods,” resulting in a financial hit for the bank, the regulator said.

As Greek banks struggle to cut bad loans and work to avoid having to raise more capital, some practices of the past that brought them to the brink are being scrutinized by various government watchdogs. At the end of September 2017, Greek banks had more than 99 billion euros ($121 billion) of non-performance exposures, or more than 50 percent of the total — the highest in the euro area. They need to improve governance, Daniele Nouy, chair of the European Central Bank’s supervisory arm, said on March 1.

Third Report
The anti-money-laundering body’s Piraeus report dated Nov. 2 is the third such study into the bank’s property transactions. It follows an October 2016 report by the financial crimes authority that raised questions about the sale and repurchase of the properties in 2006. That report was used by a Greek prosecutor to file charges against Sallas and six other executives in April.

The property sales also featured in a Bank of Greece audit report. The central bank in September confirmed it was investigating suspected irregularities at Piraeus Bank relating to writedowns of bad loans and breaches of capital controls, without providing details.

The anti-money-laundering body’s report, which focuses on the sale of the properties in 2016 to the Cypriot firm Copiouso Holdings Ltd., has been sent to anti-corruption prosecutors, who are still investigating the deals. They couldn’t be reached for comment on the current status of the probe.

‘Wrong Assumptions’
Sallas denies any wrongdoing. In response to questions from Bloomberg, Sallas’s lawyer said in a letter that the allegations “repeat wrong assumptions made by the Bank of Greece’s audit report and contain inaccuracies and mistakes.” He didn’t provide details on these inaccuracies.

In April, in response to the prosecutor’s charges, Sallas said in a statement: “I see this as an effort to target me, which I am certain will not bear fruits as there has been no damage to the bank. That’s because the bank sold back those properties in 2016 at the same price it had bought them in 2006.”

Data compiled by the Bank of Greece show that prices of commercial properties fell by 30 percent during that period.

Money Flows
The anti-money-laundering authority says it traced the money Copiouso used to finance the purchase of the properties.

According to the authority, in August 2016, Piraeus Bank disbursed to “Eolikee Hellas,” a wind-farm company, 6 million euros as part of a 16 million-euro loan. Later that month, Eolikee transferred the 6 million euros to another company called “Helios,” a sub-contractor for the wind-farm project, the report said.

On Sept. 2, 2016, Helios transferred 2.48 million euros to a Cypriot company called “Deomax.” Three days later, Deomax transferred the sum as a convertible loan to Copiouso, which used it to pay to Piraeus Bank the first tranche of the deal for the five properties, according to the report. Through a chain of transactions, a loan, initially meant for a wind-park investment, ended up financing the acquisition of these properties, the report said.

Breached Practices
“A sequence of unusual accounting transactions was recorded, carrying over from one company to another and after a chain of consecutive accounting transfers was returned to its fund without the purchaser of the real estate disbursing the money owed, ” it said.

According to the regulator’s report, “there are serious indications” of money laundering by the real beneficiaries of Copiouso Holdings, Deomax, Eolikee Hellas and Helios, and by Sallas and George Logothetis, the chief executive officer of Libra Group, a family-owned group based in New York that owns shares in Piraeus.

The report states that “Eolikee shares the same base as those of Logothetis’s companies and Eolikee’s management board has three executives from the group.” Logothetis, who denies any wrongdoing, said in an emailed statement that three employees of one of the group’s units had been on the board of Eolikee while denying that any member of his group had any role in its management. The report doesn’t include any response from the companies, which could not be reached for comment.

At present, Copiouso still owns those properties. But “owing to the buyer’s failure to pay the transfer price,” Piraeus Bank said it “has acted to protect its interests and, in accordance with the provisions of the contract, is in the process of repossessing the properties.”

The Bank of Greece has weighed in. In its audit report, it criticized the bank’s previous management.

“Good banking practice and prudent management were breached during the selling process of these properties,” its audit said, according to the anti money-laundering authority’s report.