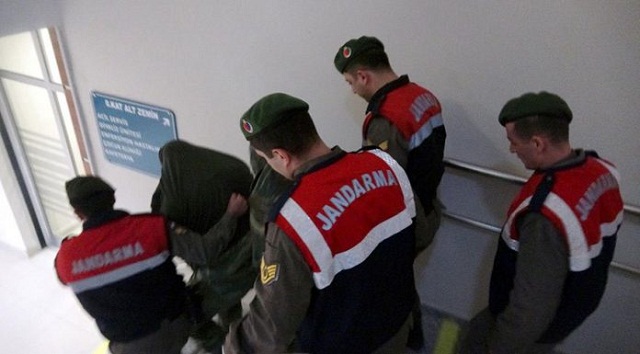 Greek Parliament President Nikos Voutsis paid a visit on Wednesday to the two Greek soldiers being held in Turkish prison in Edirne. During the meeting, he told them that they have the universal support of the Greek people and of the country’s state and political leadership for their unfair detention.

“The demand for their immediate release is now more pressing and realistic than ever before,” Voutsis stated as he emerged from the maximum security prison, after the meeting. With every day that passed, he added, those responsible for causing and extending the unacceptable situation at the expense of the two young people discredited themselves in the eyes of international public opinion and the Greek people.

The two soldiers, who have been held in Turkey since March 1, following their capture after they accidentally strayed across the Greek-Turkish border while on patrol, reported that their morale was high and that they understood the significance that their unfair detention has now taken on for the Greek people.

“We saw two young people, Lieutenant Aggelos Mitretodis and Sergeant Dimitris Kouklatzis, we spoke easily with them. They are in a place where they should not be, possibly not for a single day, and that is known. We passed on to them the things that all Greeks say, from the president of the republic and the prime minister to the ordinary citizen: that we understand the degree of courage and responsibility they are showing, that they send a message through their attitude and their mien, which is important for Greece, given that they are being held without cause,” Voutsis said.

According to a Parliament announcement, Voutsis was accompanied by Parliament’s General Secretary Costas Athanasiou and Parliament’s diplomatic advisor Spiros Theocharopoulos.