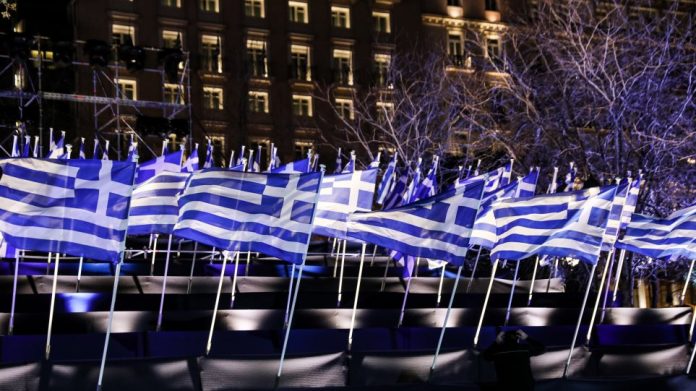 The government issued a schedule of meetings with visiting foreign leaders and officials expected in Athens on Wednesday and Thursday to celebrate Greece’s bicentennial of the Greek Revolution (1821).

Events include meetings of Russian, British and French officials with Prime Minister Kyriakos Mitsotakis and a state dinner by Greek President Katerina Sakellaropoulou, and will culminate with a military parade on Greek Independence Day, March 25.

Cypriot President Nicos Anastasiades and his spouse Andri was expected to be welcomed by Education Minister Niki Kerameus at Athens International Airport (AIA) on Tuesday evening. The Greek premier will receive Anastasiades at Maximos Mansion at 11:45 on Wednesday morning.

Russian Federation Prime Minister Mikhail Mishustin will be welcomed at the AIA by Finance Minister Christos Staikouras at 14:00 on Wednesday. Mitsotakis will receive Mishustin at Maximos Mansion at 14:30 the same day, and their meeting will be followed by joint statements.

Later on Wednesday, Prince of Wales Charles and Duchess of Cornwall Camilla will be welcomed by Foreign Affairs Minister Nikos Dendias at 17:35, while French Defense Minister Florence Parly will arrive in Athens at 19:05.

PM Mitsotakis and his spouse, Mareva Grabowski-Mitsotaki, will welcome all guests to the newly refurbished National Gallery at 18:15 on Wednesday, where the premier, Culture Minister Lina Mendoni and National Gallery Director Marina Lambraki-Plaka will deliver addresses, followed by a tour of the gallery.

The day’s proceedings will conclude with an official dinner at the Presidential Mansion at 20:30.

On Thursday, Greek Independence Day, internationally acclaimed soprano Anastasia Zannis will sing the national anthem as the Greek flag is hoisted at the Acropolis site at 08:00. A liturgy will follow at Metropolitan Cathedral of Athens at 08:30, before a wreath-laying ceremony at the Unknown Soldier Monument at Syntagma Square at 09:20.

The military parade will begin at 10:00, in the presence of political, military leaders and visiting guests.

Following the parade, PM Mitsotakis will meet with Prince Charles at Maximos Mansion at 12:30, prior to the latter’s departure at 14:45.