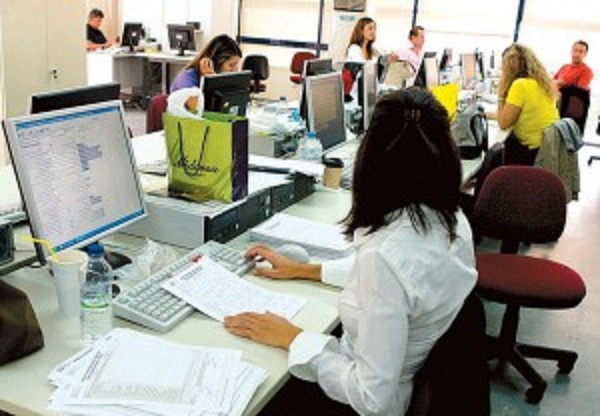 The civil service and public-sector career track no longer has the same appeal for Greece’s young people, based on the findings of a survey presented by the Athens-Macedonian News Agency (ANA) on Friday.

The survey formed part of a broader survey on the entrepreneurial spirit of students that was conducted simultaneously in 50 countries, with 122,000 students from more than 1,000 universities taking part. In Greece, the survey was coordinated by the University of Macedonia Entrepreneurship Laboratory and included 384 women and 265 men, of which 524 were undergraduates.

Based on the results of the survey, becoming an entrepreneur was the top career choice five years after graduation but not immediately after graduating.

“The Greek trend to first get jobs as employees reflects an international trend, as does the shift toward enterprise five years after completing studies. It is an attitude that shows signs of maturity since students wish to have some work experience before starting their own business. There is always the danger, however, that they will be trapped by the safety of a certain income and not dare to become self-employed, which carries the risk of an uncertain income,” the head of the survey project Prof. Katerina Sarri told ANA.

The top career path preferred by students immediately after graduation was employment in a small company of up to 49 employees (23.7 pct). Another 22 pct expressed preferences for a middle-size company of 50-249 employees and 17.6 pct would prefer a large company with over 250 employees. Smaller percentages said they wanted to work in the public sector (6.8 pct), an NGO (6.6 pct), have an academic career (5.7 pct), found their own business (4 pct) or take over an existing family business (3.7 pct).

These figures change significantly when students are asked what they see themselves doing five years after graduation: only 2.2 pct choose work in a small firm, 5.7 pct in a middle-sized company and 23.4 pct in a large company, while 32.7 pct want to run their own business. The percentage wishing to work for NGOs five years after graduation drops to 3.1 pct, while the percentage aiming for an academic job rises to 11.9, those wishing a public-sector job drop to 4.3 pct and 2.2 pct see themselves working in the family business.

The findings of the survey will be presented at Macedonia University on Saturday at 11:00 by Dr. Stavroula Laspita.