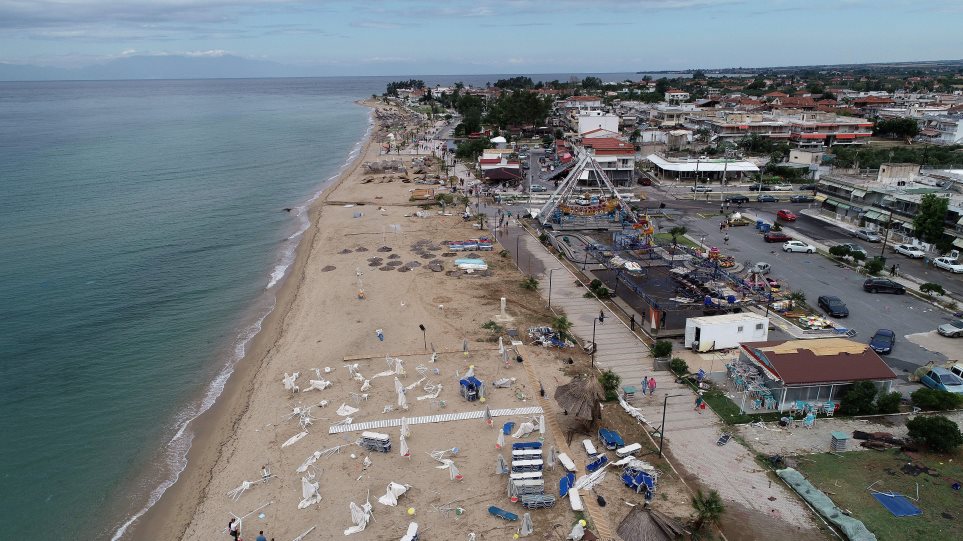 In a new weather warning issued on Monday, Greece’s National Meteorological Service (HNMS) forecast the arrival of more rain and stormy weather from Tuesday afternoon, which may be accompanied by hail and strong winds as the storm system ‘Antinoos’ sweeps over the country from the west.

The weather system is initially expected to affect the Ionian Sea and Epirus, Western Macedonia and western parts of Greece, possibly even parts of Central Greece, reaching Thessaly and eastern Central Greece by nightfall on Tuesday and then the Sporades and Evia in the early hours of Wednesday.

The phenomena will start to subside on Wednesday in the northwest and will be restricted to Thessaly, the Sporades islands, Central Greece and possibly Evia by the afternoon, abating in the evening.

In Attica, the phenomena will be most intense on the night of Tuesday to Wednesday, chiefly in the north and western parts of the region.

Talking to the Athens-Macedonian News Agency (ANA) radio station ‘Praktoreio 104.9 FM’ on Monday, meteorologist Tasos Arniakos said the storm system ‘Antinoos’ – as this latest bout of bad weather has been named – was “somewhat contrary” to the normal Greek summer and seemed more like the systems that usually arrive in Greece in the autumn.

He said it will start to affect Greece from Monday, with milder phenomena that might include some hail, while the most difficult day will be on Tuesday: “We expect extensive rainfall and storms on all parts of the mainland, on all land, if we exclude the islands but even on Crete.”

The only parts of Greece expected to “escape” the weather front are Eastern Macedonia and Thrace, where the rains will be “non-existent to minimal,” he said.

Though not expected to be as extended and severe as the previous devastating storms, Arniakos said, the new wave of bad weather will affect many of the same areas, meaning that greater vigilance was required.

“Statistically, I would say that it was very rare to impossible for such phenomena to be repeated within such a short space of time,” he said, while estimating that the new rainstorms will strike in central and northern parts of the country that had already suffered from the previous storms.

On a positive note, Arniakos said that wind speeds were not expected to be particularly strong, either on Monday or Tuesday, though temperatures will fall to unprecedented lows for the time of year, especially after Tuesday.

The improvement of the weather will start from the western parts of the country but not fully subside until Thursday, when the remnants of the weather system will be restricted to the mountains.

People will have to get used to these new and unsettled summer conditions brought on by climate change, he concluded, with wet summers and “the transfer of the tropical climate to Greece”.