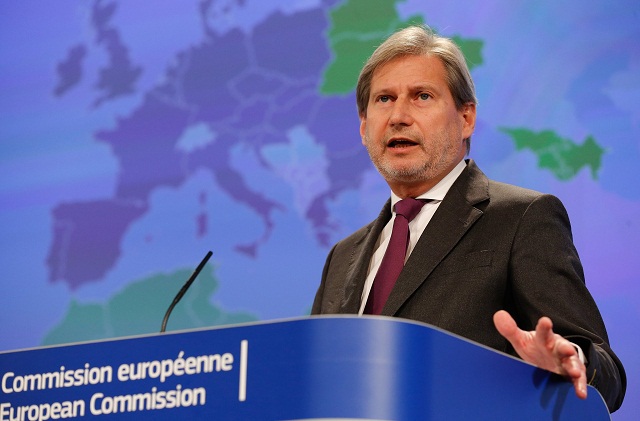 Even if the name row between the Former Yugoslav Republic of Macedonia (FYROM) and Greece was resolved, FYROM would still not meet all the conditions for EU membership, the Commissioner for European Neighbourhood Policy and Enlargement Negotiations, Johannes Hahn, said on Tuesday, during a presentation of the EU’s Strategy for the Western Balkans in Strasbourg and Brussels.

“In the first phase, there is no question of FYROM’s membership in the EU yet, but it is an initial negotiation stage,” Hahn responded to a question by the Athens-Macedonian News Agency (ANA).

The EU enlargement commissioner said FYROM has many more issues to resolve. “FYROM must meet a large list of conditions and reforms that are essentially domestic affairs, such as reforming the justice system, its secret services legislation, and the mass media sector. The list is long. The package is big and they have a lot of work to do before an assumed membership,” he said.