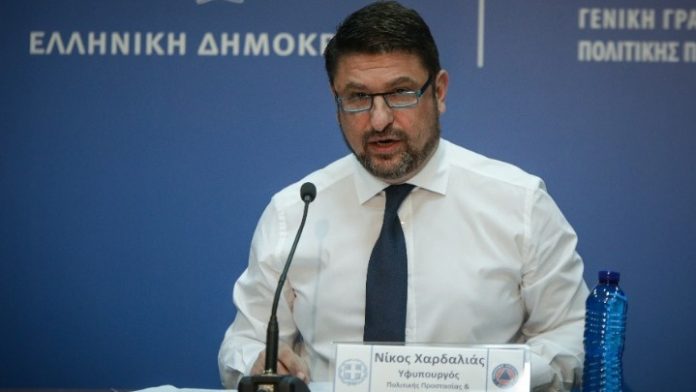 Deputy Civil Protection and Crises Management Minister Nikos Hardalias on Wednesday strenuously refuted an article appearing in the same-day issue of the newspaper ‘Efimerida ton Syntakton’, which claimed that escorts travelling with the Fenerbahce basketball team in October had been allowed to enter Greece at his orders, even though they had symptoms of illness.

Hardalias denounced the report as libel and filed a lawsuit in response, while also filing a report with prosecuting authorities for an investigation into the allegations made, so that the reporter and the newspaper’s editors will be required to present any evidence they have for their assertions and so that any other parties involved may be held to account.

In his announcement, he denied that either he or his colleagues at Greece’s civil protection service had any knowledge of the arrival, as described in the article, of four individuals with a fever at the Athens international airport with the Fenerbahce basketball team.

He noted that the team had arrived in October 2020 on a special charter flight and had undergone all the required checks for entry into Greece, in accordance with Euroleague and FIBA protocols, while these did not include a temperature check.

The only involvement of the civil protection service, he added, was to make an exception and allow the flight from Turkey at a time when all flights from that country were banned, which was given in line with Euroleague and FIBA obligations and protocols, he added.

He also strongly criticised the newspaper’s failure to also ask for his own position and views on the issue and accused it of deliberately and unethically targeting him for petty political purposes.