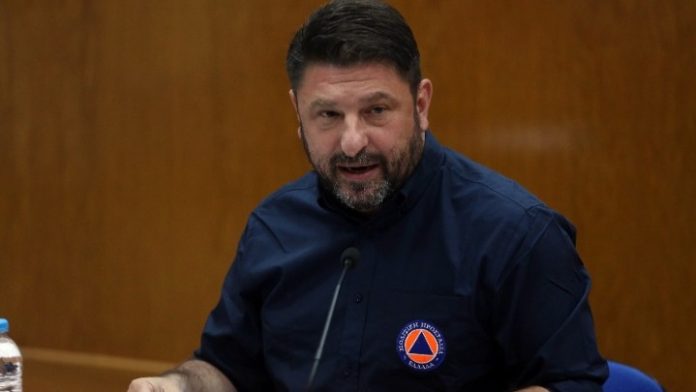 Deputy Minister for Civil Protection & Crisis Management Nikos Hardalias explained the operational management of the wildfires burning across the country since August 3, at a live press conference held on Tuesday.

He particularly focused on the logistics of firefighting by air, a source of criticism in the media from Evia residents.
Some 586 fires had to be dealt with between August 1-8, he noted. “Every day we had to deal with a three-digit number of fires, including fresh ones that reached 99 in one day alone,” he stressed.

Hardalias stated that 74 airborne means of assistance were at the civil protection’s disposal, reduced to 73 after the crash landing of a Pezetel (PZL) aircraft that caught fire in the island of Zakynthos. Of these, 67 are exclusively firefighting aircraft, 6 are aerial coordination centers that transfer firefighting personnel, and at any time 6 or 7 are on maintenance.

The minister went on to say that 20 of the 60 aircraft are on standby at the country’s 25 regional such bases and of the remaining 40 aircraft, only 20 in the air at the same time, since the remaining 20 are refueling.

Concerning the persisting fires at the island of Evia, he said that trying to put out the fires by air has become impossible since Sunday, due to the thick clouds of smoke. When feasible, water-dowsing helicopters fly in through any available air corridor. This explains why only firefighters on the ground have been operating at Evia over the last 3 days, he added.