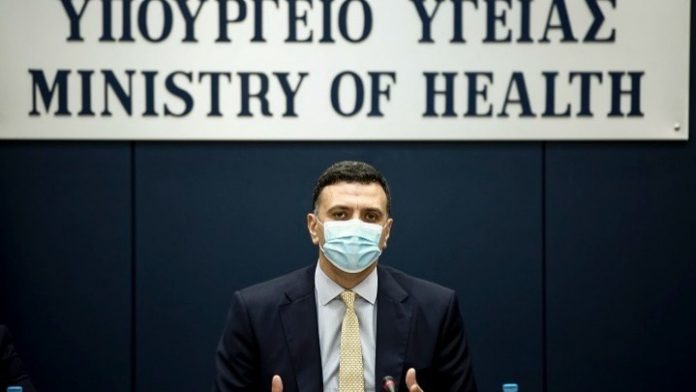 There is no waiting time for a bed in an intensive care unit (ICU), even in the midst of the coronavirus pandemic, Health Minister Vassilis Kikilias said on Tuesday during a live briefing, compared to last year’s waiting lists of 30-35 people.

He said that when the government assumed power in July 2019, “we had 557 ICU beds, which by November this year had reached 1,082.” By the end of the year, there will be another 234 ICU beds, Kikilias noted.

Greece has 224 health centers and regional medical offices in seven prefectures dedicated to the novel coronavirus, and over 2 million tests have been carried out for the virus. This month (Nov.), numbers may reach an average of 22,492 tests per day, he said, while noting that Greece is the first European country to have used rapid tests in over 98 pct of cases.

A total of 30 pct of all tests are done at primary level, which has helped hospitals and the National Health System (ESY) tremendously by reducing pressure on hospitals.

Speaking of the Thessaloniki region, where daily new infections exceed those of Attica, he said that one in three (32 pct) residents of the region are infected, a very wide dispersal of the virus.

The prime minister and the government are doing what is humanely possible and necessary to overcome the crisis, the Health minister said, criticizing main opposition leader Alexis Tsipras for his “populist opposition based on lies and fake news on public health.” Such acts, he said, don’t harm the government, they harm the public.

At a videoconference with medical board associations earlier in the day, Kikilias invited private sector doctors to help with the pandemic. The National Medical Association (NMA) and other board representatives said this would require a collective contract agreement for faster deployment.

In statements after the meeting, the NMA said the minister had proposed six-month contracts extendable to another six months, untaxed monthly salaries of 2,000 euros, and extra pay for overtime. Doctors could choose part- or full-time work, and get paid for home visits or distance consultations.

The NMA also requested that ESY doctors also get paid extra for being on the front lines at state hospitals.

Intensive care units are at the heart of the national health system’s fight against the novel coronavirus, said Professor of Pulmonology Anna Kotanidou at a live briefing held on Tuesday alongside Health Minister Vassilis Kikilias.

Also the president of the Hellenic Intensive Care Society, Kotanidou said that coronavirus mortality in Greece translates to 60 people per 1 million citizens, a very low fatality rate compared to other countries in northern Europe and North America, she noted.

“Patients go into ICUs to recover successfully, not perish,” she pointed up, adding that so far in Greece’s pandemic some 900 Covid-19 patients have been treated in intensive care units and at least 330 have been released from them in fine health, a great rate compared to global statistics.

There always is a percentage of patients that do not make it through their ICU treatment, she observed, yet ICU mortality in Greece is also low, at 35-37 pct, a figure “owed to the ICU staff who are extremely well-trained, so that they can do their job without thinking about themselves,” she added.