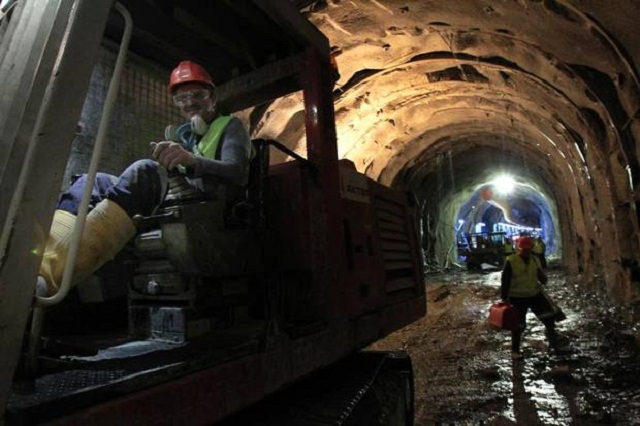 Hellas Gold will continue operating its gold mines in Halkidiki after the company on Thursday announced a temporary postponement of a work suspension decision due to go into effect from Friday, 22 September.

The decision came after a meeting between miners with the secretary-general of the environment and energy ministry Michalis Verroiopoulos and the management of the company, following the beginning of arbitration process between the Greek state and Hellas Gold and the approval of licenses needed for the operation of Olympias, last week.

Eldorado Gold Corporation announced that it has entered into constructive dialogue with Greece’s energy and environment ministry in respect to the development of the company’s subsidiary, Hellas Gold S.A.’s, Kassandra Mine assets in Halkidiki, northern Greece. The Kassandra assets, which include the Skouries and Olympias projects and the Stratoni mine, were permitted under one single Environment Impact Study approved in 2011 by the Greek State.

George Burns, President and Chief Executive Officer of Eldorado, commented: “We are very pleased with the constructive dialogue that is underway with the Ministry of Energy and Environment. Furthermore, last week the Ministry issued a number of long overdue routine permits for our Olympias project. As a result of these developments we have decided to temporarily postpone our decision to place our assets in Halkidiki on care and maintenance.”

“We preserve the right to place our assets on care and maintenance and to take prompt legal action to protect the Company and its assets in Greece should our dialogue with the Ministry of Energy and Environment prove unsuccessful. At the same time, we remain confident that the arbitration process initiated last week by the Greek government will be concluded in a timely and efficient manner, for the benefit of all stakeholders,” Burns concluded.