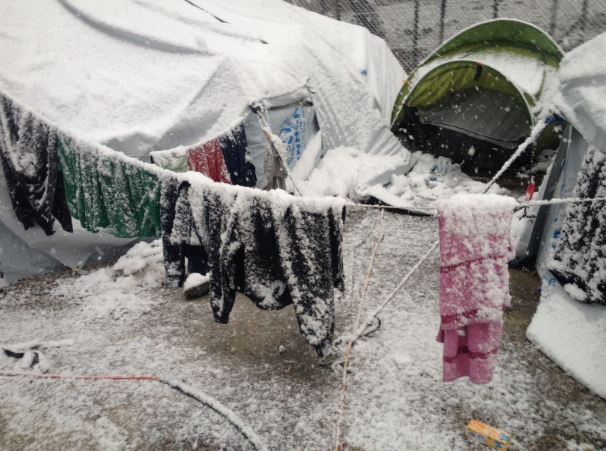 Following communication between Prime Minister Alexis Tsipras, Defence Minister Panos Kammenos and Migration Policy Minister Yiannis Mouzalas, a Hellenic Navy ship was dispatched to the island of Lesvos on Tuesday to help provide accommodation to refugees and migrants at the island’s hotspots. The ship is fully equipped to receive any camp residents that lack adequate protection against the cold weather front that has led to freezing temperatures and filled the camp with snow.

According to sources, the ship chosen was the Jason Class Landing Ship (Tank) “Lesvos” that will set sail from Salamina naval station on Tuesday night. The ship is being loaded with equipment to house 500 refugees and migrants, including beds, stoves and mattresses. It is expected to arrive in Lesvos early on Wednesday afternoon, depending on the weather.