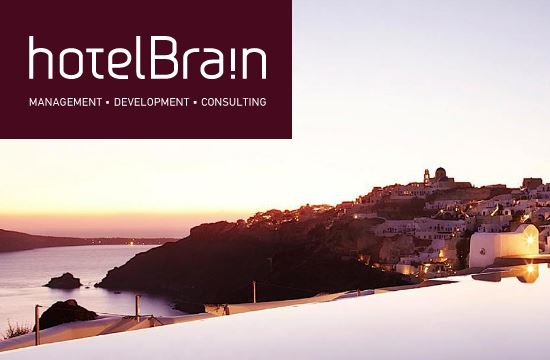 HotelBrain is currently managing 155 hotel units in 60 different destinations in Greece and abroad, with 27 of them in Santorini, Panos Palaiologos said on Wednesday.

Speaking to reporters, Palaiologos said HotelBrain expanded its activities in Austria with the inclusion of a second hotel in its portfolio and noted that the key that opened the door to geographical expansion was the opening of HotelBrain International offices in London “a move appreciated by the international business community”. The company has already established activities in Cyprus, Lebanon, Turkey, Serbia, Montenegro and Italy.

The company launched a new subsidiary HotelBrain Capital with the task of signing leasing contracts of the hotels to be included in the parent company’s portfolio. Palaiologos noted this was a model designed to ease the burdens of hotel owners regarding hotel management, leaving HotelBrain the necessary room to implement the necessary management style. Under this model, HotelBrain will take over the whole package of managing a hotel unit, while leasing costs will be related with the performance of the hotel.

Palaiologos said that a number of existing hotel units sought salvation through HotelBrain and achieved a restructuring of their debt in negotiations with creditor banks.