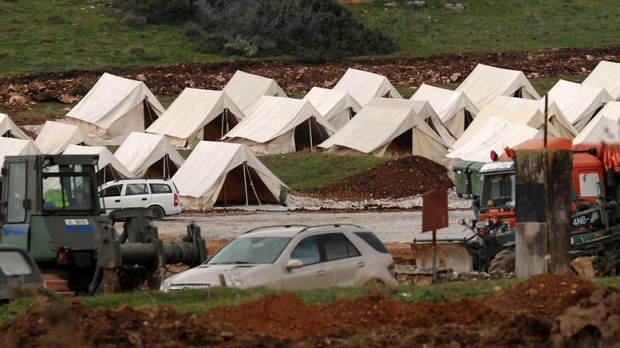 “Winter is coming” has become an anxious refrain among asylum seekers living in tented refugee camps across Greece, that offer no shelter from damp and cold.

Ali, a 25-year-old father of three very young children from Afghanistan, including a 6-year-old who has a disability, was living with his family in a tent pinned to the ground of Elliniko camp in Athens, when I met him in late October. “Now that winter is coming, the conditions are not good… When it rains water gets inside our tent. And every morning, the inside of our tent is wet because of the damp,” he explained. We heard similar testimonies across Greece.

Ali’s predicament reflects Europe’s utter failure to respond collectively and compassionately to people seeking protection. More than 60,000 women, men, and children are stranded in Greece as a result of Western Balkan border closures and a poorly executed EU relocation plan. Thousands are restricted to abysmal and volatile conditions on the islands, while tens of thousands face deplorable conditions without access to services in the camps on the mainland.

As part of a winterization plan, the UN refugee agency (UNHCR) and Greek authorities are replacing tents with prefabricated housing units in some of the over 40 camps across Greece. At other sites, winter items are being distributed and in fifteen of them infrastructure improvements are planned, such as installing heating.

However, many of the largest and worst camps where thousands of people live, will essentially remain unsuited for winter. The government says it plans to close most of these facilities by January, but if the asylum seekers are not relocated to other appropriate sites, they will soon find themselves exposed to worsening weather conditions without proper shelter.

On the islands, efforts are underway to transfer a small number of people, who are presently living in severely overcrowded and filthy conditions, to the mainland. But Greece is under pressure from the European Commission to contain most asylum seekers on the islands to prevent onward movement to other EU countries.

With winter approaching, there is an urgent need to transfer people to hardier facilities and in the short-term, fully adapt remaining camps for falling temperatures. In the long-term, the Greek authorities should end encampment. With almost €128 million provided by the European Commission to the Greek government and €370 million given to humanitarian aid agencies and international organizations, including the UNHCR, there’s no excuse for the failure to provide humane and dignified reception conditions to asylum seekers.