The first project to be completed in Europe after the war in Ukraine began, which paves the way for the independence of the Old Continent from Russian gas, is expected to be presented by the governments of Greece and Bulgaria this afternoon.

This concerns the interconnected IGB gas transmission pipeline, approximately 182 km long, starting at Komotini and ending at Stara Zagora, Bulgaria. It will be connected to the TAP pipeline (in the remote region of our country), which crosses Northern Greece, Albania and ends in Italy. It will transport natural gas from Azerbaijan to Bulgaria, reducing its dependence on Russia. The IGB will also be connected to the Greek National Gas System.

Athens and Sofia with today’s visit Petkov and Skrekas make a special symbolic move after the decisions of Brussels to limit the imports of Russian gas by 2/3 until the end of the year to highlight the importance of this pipeline.

The IGB is in the final stages of construction and will be delivered, as reported, in the first fortnight of April. Its commercial operation is expected to start within the first weeks of the summer, if the certification procedures for the pipeline manager are completed in time.

The IGB recalls that it is half owned by the Greek-Italian company IGI Poseidon (DEPA and Edison) and Bulgarian BEH. Their joint venture to manage the pipeline is called ICGB AD. The project started in 2019. A series of problems that arose due to the pandemic delayed its completion.

The importance of the pipeline

The IGB pipeline is one of the energy corridors that comes to supply gas from a different source to Bulgaria but also to the wider Balkan region up to Ukraine. In the future it will be used for the supply of gas from the FSRU Alexandroupolis. The ultimate goal is for the IGB to be the first link in a chain of… interconnectors that will carry gas from Romania to Ukraine.

Its capacity is 3 billion cubic meters of natural gas with the possibility of increasing it to 5 billion cubic meters. The Bulgarians with the implementation and commissioning of the pipeline (late summer to early autumn) are expected to acquire another alternative source of gas as today they are completely dependent on fuel of Russian origin.

With the operation of the IGB, our country is further consolidating its position as a country – a hub for the transfer of energy from alternative suppliers to the EU markets. 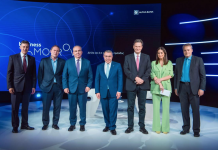 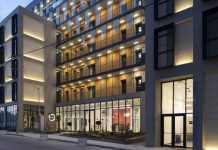