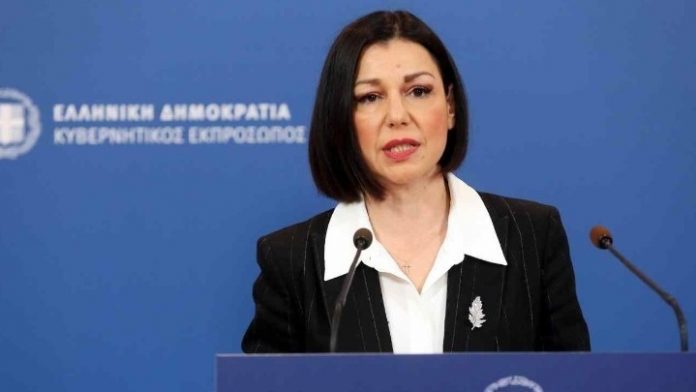 The images of the police seen during the incidents at Nea Smyrni Square were “disturbing for everyone” and the affair is under investigation, government spokesperson Aristotelia Peloni said on Tuesday during an interview on Skai radio. While noting that all Greek society was at its limits psychologically, and feeling immense fatigue with the lockdown and other restrictive measures, she nevertheless underlined that “pointless violence cannot be justified and internal investigative processes have been initiated with the Ombudsman.”

She pointed out that the Alivizatos Committee had been set up by the present government in November 2019 and had examined incidents in 2017-2018 under the previous government, making nine recommendations in its final report in May 2020, of which seven were adopted. She noted that the Ombudsman has been appointed as the national mechanism to examine such incidents and to collect, assess, record and forward complaints. “This investigation will be carried out with this mechanism,” she added.
Peloni also suggested that the “bigger picture” was being lost in this issue and that the prime minister would speak on this in Parliament on Friday, putting forward proposals.

She rejected the main opposition SYRIZA’s accusations that the government was fostering a “police state” and accused the party of exploiting the psychological fatigue in society with this narrative to create a new “indignados” movement. Noting that the police force had become a “punching bag”, she said that this one incident did not cancel out the good work done by the police in difficult conditions over the past year to enforce the restrictions against the spread of the virus.
Peloni also emphasised the need to comply with new targeted measures so that Greece can come out of lockdown and said that protests, marches and all those urging people to join them were undermining the effort to control the virus.

Reopening the economy was a priority, provided the epidemiological conditions permit, with the aim being to reopen shops before the end of the month and possibly the hospitality sector in April, she said. Regarding the vaccine roll out, she said this was going very well and accelerating, with the target being to have administered at least one dose of the vaccine to all those over 60 by the end of April or early May, as these age groups were most likely to get seriously ill.