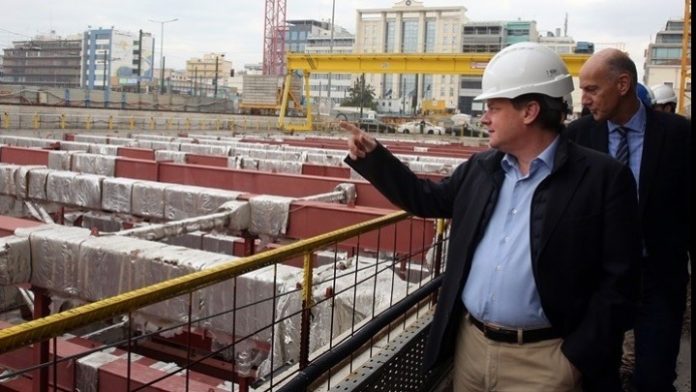 Infrastructure and Transport Minister Kostas Karamanlis visited on Thursday the construction site of the extension of Athens metro line 3 at Piraeus station.

Speaking to the press after his visit, the minister said that the project that was initially scheduled to be delivered in 2019 has been delayed and it would be extremely difficult to be ready in 2021 adding that the government will try very hard to have it ready in 2022.

Asked on the first three stations in the area of Piraeus (Aghia Varvara, Korydallos, Nikea), he said that they will be ready in the summer of 2020 but explained that even though the stations are ready, the toll and the ticket issuing procedure is not compatible with the metro central system. “We are facing the risk of having the stations ready to operate and not be able to open them,” Karamanlis said.