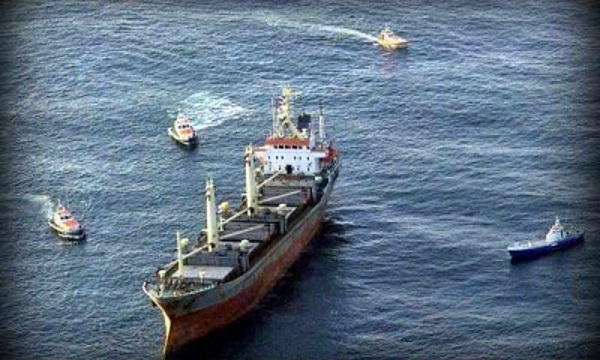 Greek authorities are waiting for the coroner’s report and the results of an inquest into the death of a 40-year-old cook on the Antigua-Barbados-flagged freighter “Blue Tune” that sailed into Antikyra in Viotia on Monday, in order to rule out foul play.

According to a private coroner who examined the body of the 40-year-old Russian national, his death was due to a heart attack.

The ship had set sail from Italy with no cargo and a 10-person crew, most of them Russian and Lithuanian, in order to pick up a shipment from the Aluminium Hellas factory at Aspra Spitia, sailing into Antikyra at 8:00 on Monday morning. The ship’s captain told Greek coast guard authorities that the cook had been found dead by the crew roughly 24 hours earlier.

Earlier conjecture about the possibility of an infectious disease or epidemic among the crew was ruled out with the assistance of the Hellenic Centre for Disease Control and Prevention.

In the meantime, the prosecutor in the area has been informed about the case and the ship will proceed to load cargo from the factory as planned on Tuesday.