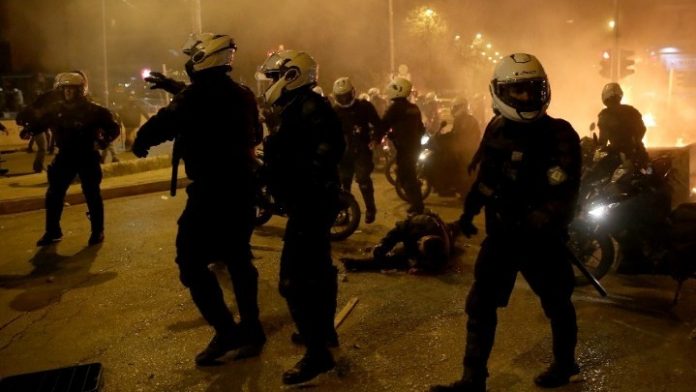 The Civil Protection ministry and chief of Greek police have requested an internal investigation supervised by a public prosecutor into all accusations and cases of police violence as documented by videos and related to Nea Smirni.

The Internal Affairs of Security Forces Service will look into several incidents, beginning with the beating by police of an individual at the main square of Nea Smirni, the southern suburb, that led to a protest rally and incidents related to that.

So far, review has begun on the following allegations: a policeman who pulled a gun on protesters, to threaten them; raiding a store in Nea Smyrni by policeman of motor unit “Drasi” and later running over a protester; arresting the wrong suspect over the beating up of a policeman in Nea Smirni and leaking his personal information; police storming an apartment building entrance and detaining an individual; sexual harassment by police of an 18-year-old woman, beating her and preventing her from a medical examination; and beating detainees at the Attica police headquarters on Alexandras.

In addition, the investigating service has also assumed responsibility for formal investigations into the following incidents and allegations: a video showing a policeman slapping a female protester; accusations that policemen threw firebombs to protesters; accusations by five college students rounded up, one of whom was arrested, during an education protest rally on Panepistimiou; and accusations of beating up journalists.