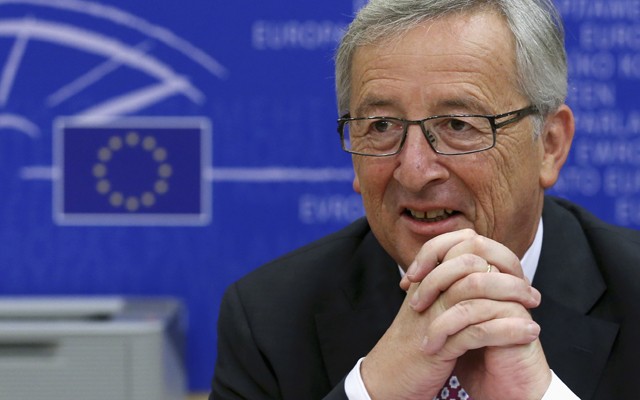 European Commission President Jean-Claude Juncker said on Wednesday he is the most popular European politician in Greece during a joint press conference with European Parliament President Antonio Tajani in Brussels, following the presentation of the Commission’s “White Paper” on the future of the EU.

Asked by a journalist why he does not comment on France’s domestic politics where presidential hopeful Marine Le Pen has announced a referendum for an exit from the EU if elected, when he had intervened dynamically against the position of Greek Premier Alexis Tsipras when he announced a referendum in 2015, Juncker replied:

He then pointed at Commission spokesman Margaritis Schinas and said he is briefed by him on daily developments in Greece. Concerning Le Pen, Juncker said he doesn’t want to become part of her propaganda.