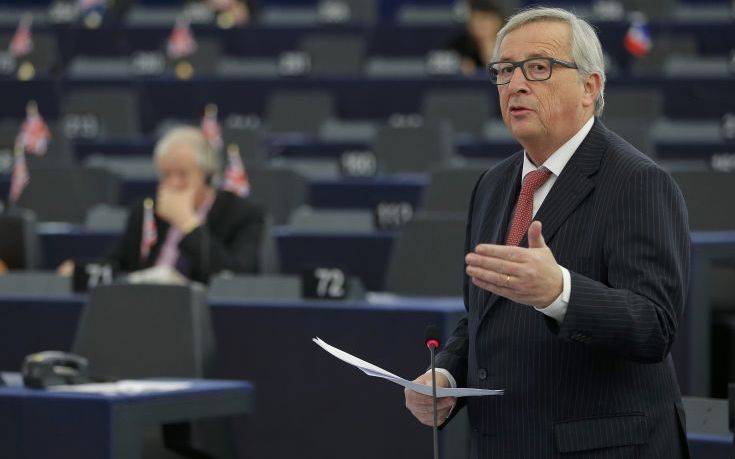 Greece is now on the right track, European Commission President Jean-Claude Juncker said in a press conference on Wednesday, following his ‘State of the Union’ speech to the European Parliament, in reply to a question from the Athens-Macedonian News Agency (ANA). He also praised the Prespes Agreement signed by Athens and Skopje on FYROM’s name, noting that it had required great personal courage.

Asked whether he was optimistic about the “next step” for Greece and the Athens-Skopje deal, Juncker noted that, when it came to Greece, “I have to say we changed the general approach” and that there had been little support for Greece at first.

Regarding the Prespes Agreement, Juncker noted that he was amongst those that had strongly advised the two parties involved to find an arrangement.

“I was visiting the Balkans in February, beginning of March, I had so many exchanges of views with the Greek prime minister and I hope that what has been envisaged will happen….it involved a big amount of personal courage,” he said.

In response to another question regarding pension cuts in 2019, in which he was asked to clarify whether there was fiscal space for these could be avoided, Juncker replied:

“The measures that have been agreed have to be implemented”