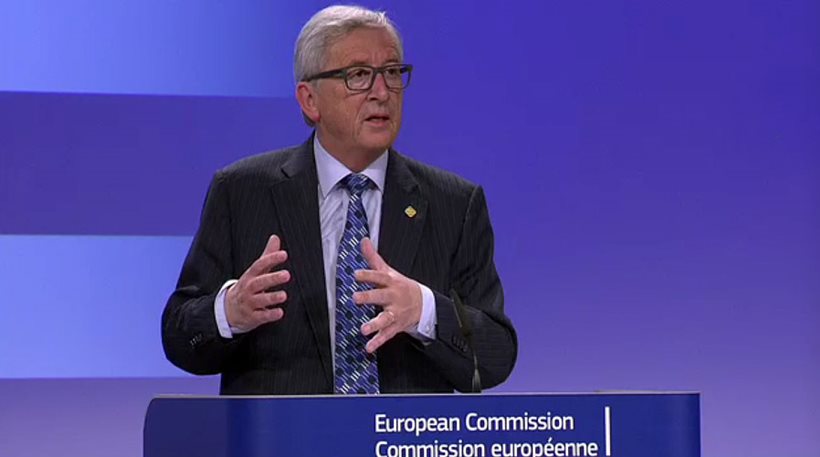 The time for honesty in Europe had come, European Commission President Jean-Claude Juncker said in a major ‘state of the union’ address to the European Parliament plenum on Wednesday.

Juncker stressed that “Europe must change and we must do it now. You must also honour the mandate you received from the European people.”

He also announced the setting up of an urgent relocation mechanism for 120,000 additional refugees, including 66,400 from Greece. He said that the Schengen system will not be abolished during his term but that Europe must shift from viewing migration as a problem to seeing it as a well-managed resource.

“Migration must be legalised,” he emphasised.

Turning to the issue of Greece during his rejoinder, Juncker noted that administrative problems, among others, had prevented all Greek governments from absorbing the Community funds available for the country.

“We are not just talking about the 35 billion euros proposed by the European Commission, since it is also financed by the structural funds,” he pointed out.

He said that European Commissioner for the Euro and Social Dialogue Valdis Dombrovskis had tried to put together the people and administrative resources that will be needed in order for Greece to rapidly and thanks to the rules of joint funding, do the things that should have been done years ago and which were done in the last months.

The Commission’s president also suggested that the deal finally struck by Greece with its creditors would have been much harsher if the Commission were not involved.

“If the European Commission had not been [part of the troika] that memorandum that would have resulted would be much more onerous than that which its presence secured. In many ways, it is a lighter memorandum than that which would have resulted otherwise,” he said in response to questions put by MEPs.
Juncker stressed that, this time around, the programme agreed must be respected by all future Greek governments.

“This time we all need to realise that we are serious and for real and we require respect of the arrangements and agreements that have been reached.

“If this time rules agreed will not be respected, the reaction of the European Union and the eurozone will be different,” he warned.