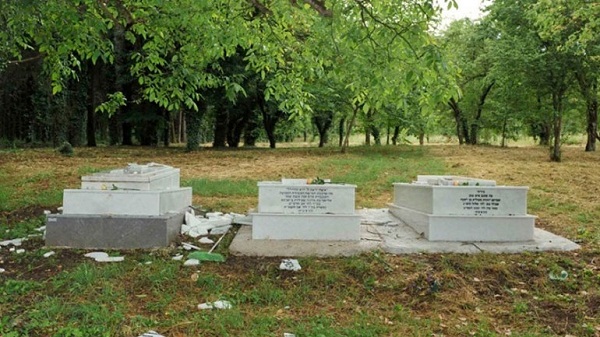 The Justice Ministry’s Secretary General for Human Rights Maria Giannakaki expressed abhorrence on Monday over the weekend desecration of Jewish tombs in the Third Cemetery of Nikea, north of Piraeus.

Such hate incidents “attack human dignity and harm society as a whole,” said Giannakaki, who is also chairwoman of the National Council Against Racism and Bigotry, and called on all organizations to stand by the Jewish community.

According to media report, unidentified people kicked down tombstones, which broke as they fell, and fled before the arrival of police who were alerted by the cemetery guard.

Greece’s Central Board of Jewish Communities condemned the incident and warned against apathy. “This is not simply another anti-Semitic incident,” the board said, “nor just disrespectful to our dead brothers: It offends the ethical principle of respect to the dead, as promoted and adopted by the three monotheistic religions and civilization itself.”

If everyone becomes an apathetic witness to acts haters and fanatics, “it will be as if we are reopening the doors to barbarity, allowing the return to the darker era of human history when human beings lost their humanity,” the board said, and called on all forces to rally around the Jewish community against racism.