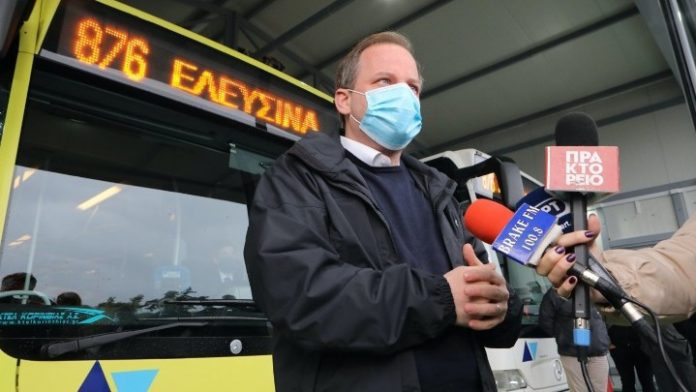 Infrastructure and Transport Minister Kostas Karamanlis visited the KTEL intercity coach depot in Magoula on Monday, after the last of 200 KTEL coaches was delivered to reinforce the Attica public transport fleet.

“We are dailly improving public transport but the situation is not ideal. It is not what the citizens deserve,” Karamanlis noted, while highlighting the significant efforts made to improve public transport services in the last 17 months.
Under the previous government, he said, there had been no hirings, no new buses added to the fleet and one third of metro trains were not running.

In addition to the 200 KTEL buses, Karamanlis added, another 300 buses will be added to the public transport fleet over the next few weeks via leasing and steps will gradually be taken to acquire 1,300 electric buses.
“We have a strategy, therefore, for restructuring and redesigning public transport,” he said.