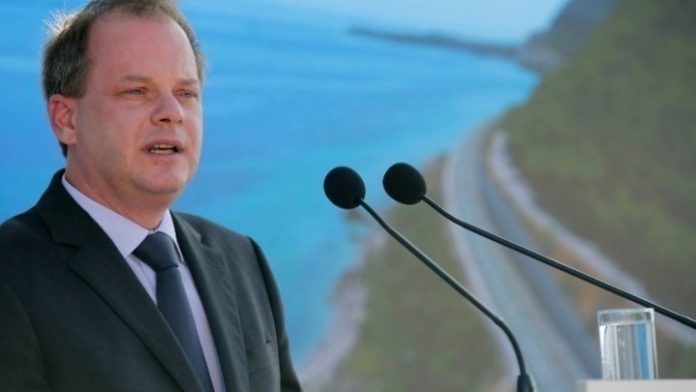 “The government must accelerate its work and reforms. And the new (government) scheme will move in this direction … We must continue our work, to implement what we have pledged and planned,” Infrastructure and Transport Minister Costas Karamanlis said on Friday in an interview with the Athens-Macedonian News Agency (ANA).

He spoke about the recent catastrophic fires and flood control projects totaling 1.2 billion euros, stressing that all the relevant ministries cooperated effectively and quickly, creating the necessary conditions for the immediate provision of compensation. He pointed out that the ministry is trying to overcome bureaucratic procedures and long-term problems for the faster restoration of those buildings that were deemed temporarily or permanently uninhabitable.

Regarding the progress of major projects, Karamanlis said that major projects, one after the other, across the country are unblocked and spoke of a comprehensive project plan totaling 13 billion euros. “We made the infrastructure and public works sector, after a decade of crisis and devaluation, believe in itself again. We are now able to say that the construction industry plays and will play the leading role in brain gain,” he underlined.