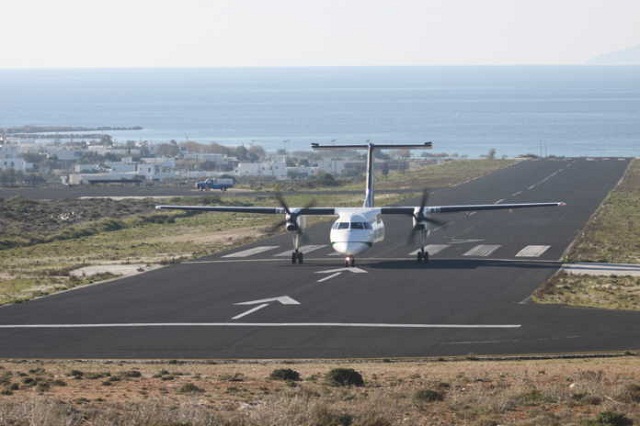 A draft bill ratifying a concessions contract for the new international airport at Kastelli, on Crete, was approved in principle by a wide majority in the parliament’s Standing Committee on Production and Trade on Tuesday.

The ratificaton bill was approved by ruling SYRIZA, main opposition New Democracy, and Democratic Coalition (DISY). The Communist Party and Golden Dawn voted against during the first reading, while the Union of Centrists reserved a decision until it comes to plenary.

Several of the social agencies’ and trade unions’ representatives called it a great investment and a significant development plan that will help Crete create jobs.

The Kasteli airport will be built in Heraklion and is expected to replace the current Nikos Kazantzakis Airport, which is having difficulties handling the rising flow of tourists on the popular island. The concession was awarded to the single bidder, Ariadne Airport Group, a joint venture between GEK Terna and India-based GMR Airports Limited. It is budgeted at 850 million euros.

Objections to the project were voiced at the committee meeting among others by Irini Vrentzou, member of the Technical Chamber of Greece’s East Crete branch, because of “lack of environmental repercussions” and by the low prices offered landowners to expropriate their properties.

GEK Terna president Michalis Gourdzis said that the airport, despite being “modern, cheap, competitive international airport with growth prospects” but it should be linked to the main arteries on the island.