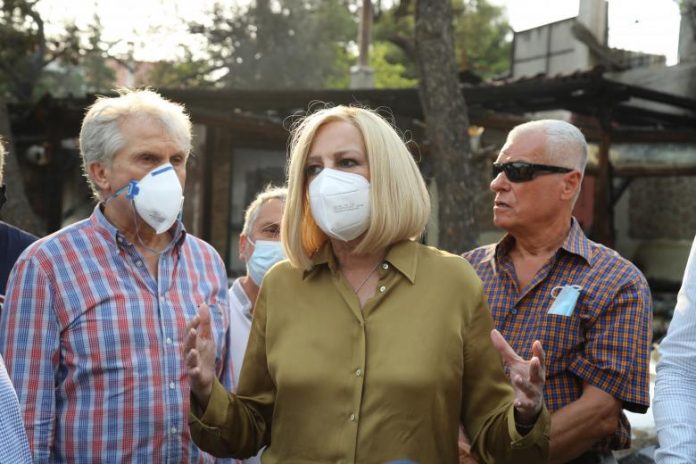 Movement for Change (KINAL) leader Fofi Gennimata on Sunday appealed to the government to use all means possible to put out the fire raging in Evia.

According to a statement by the party, Gennimata spoke with Yiannis Kontzias, mayor of Istiea, where evacuees from further south are being directed. She said, “Evia is being destroyed. The repercussions on the environment, people’s assets and life in the area are dramatic.”

The KINAL leader said that residents felt the state had abandoned them and she accused the government of having no plans to manage the fire, while deploying inadequate forces. “The earnest and heroic efforts by firefighters, local government and residents themselves is not enough. I appeal for all necessary means – on ground and by air – to be dispatched so the destruction ends. It is unacceptable that official responsibility is restricted to evacuations of settlements,” she said.