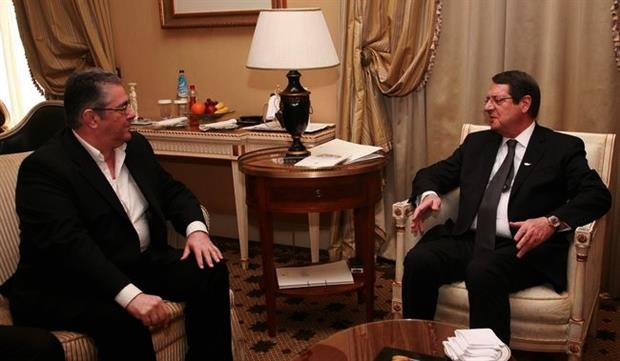 “We expressed our deep concern as well as our opposition to the dichotomous confederation solution for Cyprus, that will not unite but divide the people of Cyprus,” stated Communist Party (KKE) secretary general Dimitris Koutsoumbas after his meeting with Cyprus president Nicos Anastasiades on Thursday.

“In parallel we expressed KKE’s stable position for a fair and viable solution for Cyprus, for a single state that will be the common home for Greek-Cypriots and Turkish-Cypriots, Armenians, Latins and Maronites without foreign military camps without guarantors and protectors with one sovereignty, one nationality and an international personality,” said Koutsoumbas.

We expressed our solidarity to the people of Cyprus and our support to the difficult struggle they are giving this period.