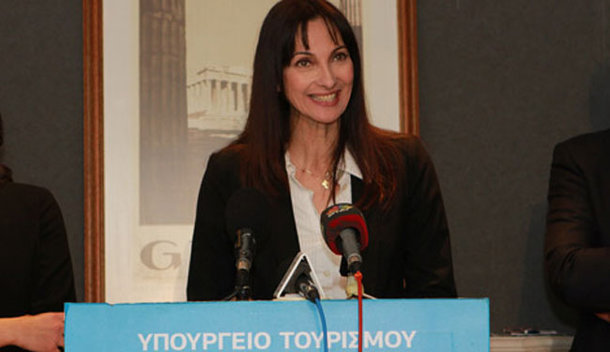 Tourism Minister Elena Kountoura in an interview with the Athens-Maceonian News Agency (ANA) on Sunday said that the 2019 main target is to maintain high growth rates in Greek tourism for a fifth consecutive year.

Kountoura said that 2018 was a landmark year for Greek tourism and for the first time the ministry’s target for tourism 365 days a year was achieved, adding that the aim now is to expand tourist activity in less developed tourist areas by encouraging new investments.

Specifically, she said that 2018 was the best year in the history of Greek tourism as international arrivals came to 33 million.

The Tourism Minister also predicted another record for the Greek cruise sector.