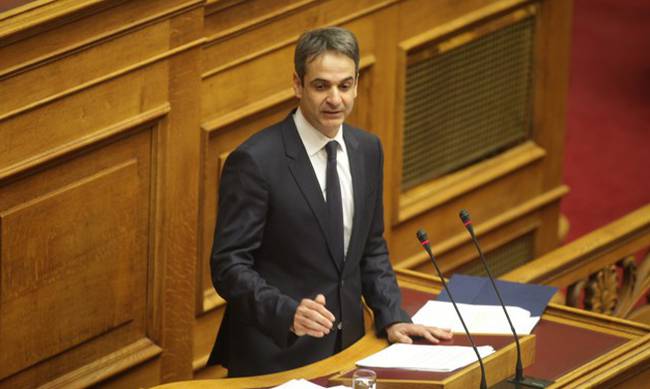 Main opposition New Democracy (ND) leader Kyriakos Mitsotakis started his speech at the party’s parliamentary group on Thursday by making a brief report of his work since he assumed ND leadership.

He outlined the basic lines of his opposition policy while at the same time criticised the government. “We are exercising a strict but responsible opposition policy. The political chart is changing and New Democracy’s political lead is strong. This is due to the fact that a significant part of the society believes in New Democracy,” he stated.

The past six months proved the government’s inability to implement the memorandum signed, he stressed. Now we start to pay the cost of the ‘proud’ negotiation of (Prime Minister Alexis) Tsipras and (former Finance Minister Yannis) Varoufakis as well as that of current minister (Euclid) Tsakalotos, he added.

The government is implementing measures of 9 billion euros, he said adding that nobody has forced the government to take such measures.

Finally, Mitsotakis called on all “democratic deputies” from all parties to join their forces to prevent government’s plans for changing the electoral law