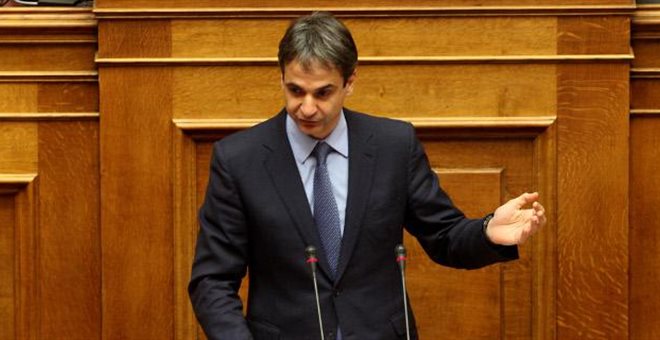 Strongly criticising the government’s proposals for amending election law, main opposition New Democracy leader Kyriakos Mitsotakis on Thursday said they would lead to an inability to form a government, while he accused the government of “petty political manoeuvring” and “political amoralism”.

“You are heading toward a crushing defeat in the next elections and that is why you want to deprive ND of power,” Mitsotakis said, as the debate before the plenum on the draft election law neared its close.

“They want ungovernability and are playing games with the institutions because they know that whenever elections are held they will be roundly defeated. They are trying to keep access to power even from a minority position,” he added.

The election law will never come into force because it will find an alliance of political forces ranged against it that will cancel the plan to prevent governance in the next Parliament, ND’s leader said.

“We need truth and confidence, leadership, a plan and vision, in order to leave the crisis and the memorandum behind us and give hope and prospects. Power is not an end in itself, it is a means to achieving these aims,” he said, noting that ND is in favour of “reinforced” proportional representation that ensures governability.