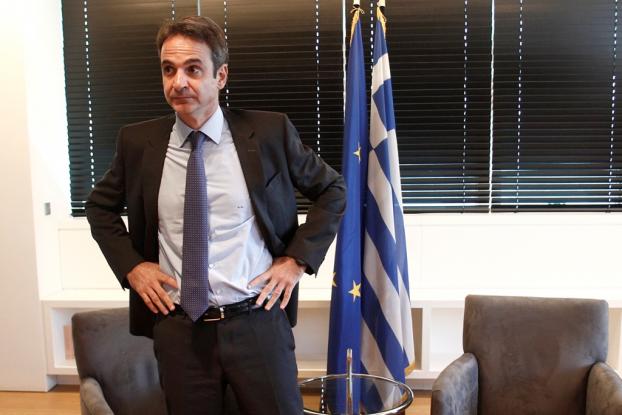 He said the conference slogan will be ‘Oxygen for Greece’ and will make the new start demanded by the party’s friends and members a reality.

He said the slogan signified an escape from the “suffocation” into which Greek society had descended and “for us to dare to dream again of Greece they way that we want it.”

Meanwhile, Mitsotakis’ close associates on Sunday said that ND’s leader is expected to demand explanations from the head of the party’s ONNED youth group Vassilis Georgiadis concerning the debacle with the ONNED elections on Saturday.

Expressing their disappointment at the failure of the 10th ONNED Conference to hold elections, they noted that it was no tribute to the youth group’s history or its members that current and former party cadres were seen trying to prevent young people from electing their representatives themselves.

“The younger generation must have its own voice and not be represented by 40-year-old party echelons,” ONNED members said after Saturday’s conference, asking ND’s president to intervene.

Georgiadis told the ANA-MPA on Sunday that the election process was concluded at midnight on Saturday, though with some delay due to the technical difficulties, and that the results will be announced within the next hours.