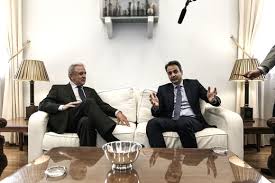 “Unfortunately, we became witnessed to national strategies and voices which are not compatible with European values, the values of solidarity and values of supporting states at the forefront of this great crisis,” Mitsotakis said after he thanked Avramopoulos for his services in an “very crucial portfolio”.

He said the deal with Turkey was necessary in the current conditions and must be implemented over time. “There’s already a decrease of [refugee] flows which is encouraging, but it is certain the deal will be tested over time,” he added.

On his side, the Commissioner said refugee flows have lowered noting that this trend must continue “at all costs”. “It should not be a test, but must be followed by a final agreement which is facing – it’s true – some difficulties. And I want to believe that the first side to be benefited will be Greece,” he said.