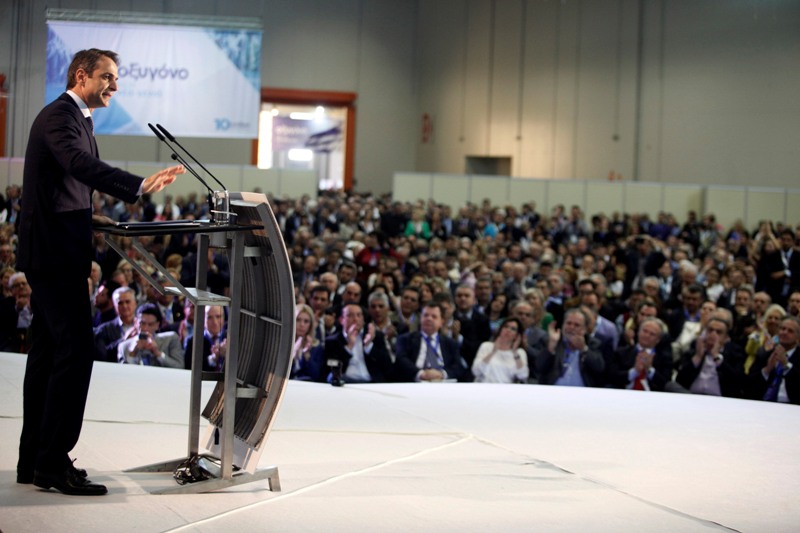 The President of New Democracy Kyriakos Mitsotakis underlined that his party’s new goal is the formation of Greece, during his opening speech at the New Democracy conference.

Mr. Mitsotakis heralded change within his party, amid the serious developments in New Democracy’s youth party ONNED, underlining that “united we will bring oxygen to our Greece that is suffocating and in danger”.

The main opposition leader, who assumed leadership of the party in January, promised that he will only speak the truth “as hard as that may be”.

Later on in his speech Mr. Mitsotakis attacked the government and accused its of being the “most incompetent and obsessive government since the restoration of Democracy” and stressed that his party will bring a new creative cycle of reconstruction and build “a new Greece, on solid foundations this time”.