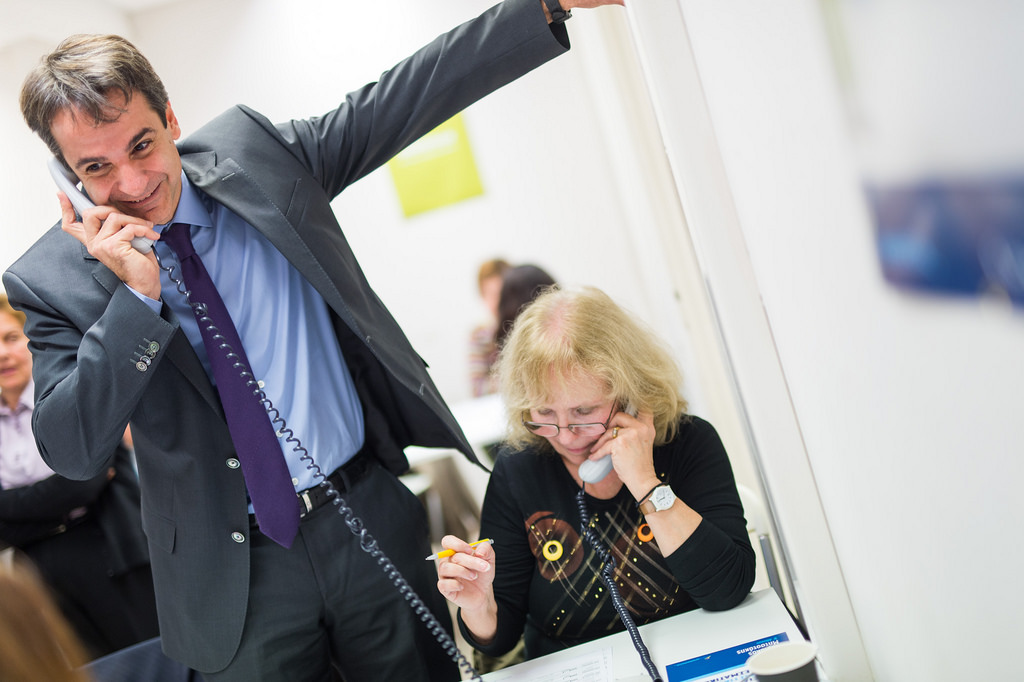 Kyriakos Mitsotakis was elected president of main opposition New Democracy (ND) in runoff elections on Sunday, defeating Vangelis Meimarakis, who had served as interim party leader over the summer after Antonis Samaras stepped down.

Nationally, there are 400.000 registered party members who voted.

In a brief message, Mitsotakis, who later on Sunday paid a visit to his father, former Prime Minister Constantine Mitsotakis, thanked his voters, party volunteers and his family. He also made particular reference to Meimarakis, whom he called “a valuable colleague”, and underlined his intention to work with all candidates for the unity of the party and its revival.

“Now the time of great responsibility begins,” he said, “We have a lot of work ahead of us, but the hope of citizens gives us strength – a hope that something can truly change in this country. Citizens who had turned away from politics got off their couches and participated (in voting) because they believed in the power of our arguments, and this is perhaps the most optimistic message.” He also expressed the certainty that ND would be able to unite the Greeks as it had done in the past.

Plakiotakis is scheduled to meet with the new party leader at 12:00 Monday for the handover ceremony.