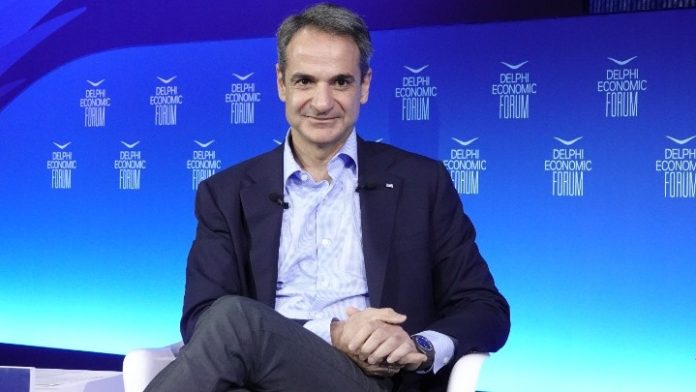 “We hope for a quick recovery, no one knew there would be a war,” the Greek Prime Minister, Mr Kyriakos Mitsotakis said, during his discussion with the Secretary-General of the Organisation for Economic Co-operation and Development (OECD), Mathias Cormann, at the Delphi Economic Forum, in Delphi.

The debate was coordinated by the Politico journalist, Mr Florian Eder.

The Greek prime minister said the war has a major impact on the global economy, and the government is, therefore, revising the estimates for the recovery, in 2022.

“We have to take action, if not we have to spend money to support households. Otherwise we will let the populist voices in Europe grow stronger.”

Mathias Cormann, for his part, underlined that support is nedded, so as to deal with the consequences of the crisis. “The prices are high. There must also be reforms in the electricity market. Let’s pay attention to what’s happening now,” he said, adding that markets should remain open, that prices should fall and that the production needed should be maintained. “We should be careful not to have a food crisis,” he stressed.

The prime minister also said that the goal of an investment grade will be feasible in 2023: “By 2023, we will have a primary surplus. And the markets will give us what we deserve,” he added.

Commenting, Mr. Korman said that the Greek economy is moving in the right direction: “There is an ambitious agenda which must continue to strengthen competitiveness. We believe that the Greek government should move forward with its agenda ”

The asymmetric shock of war

“The shock of the war is asymmetric and that both winners and losers have consequences,” Mr. Kyriakos Mitsotakis said, adding that the countries that imposed sanctions should cooperate: “Cooperation between the countries must be strengthened,” he stressed, underlining  that “sanctions cause pain and we must protect our citizens, especially the most vulnerable ones”

“We cannot replace Russian gas overnight. We do not support that there should be sanctions of Russian gas supply disruptions.”