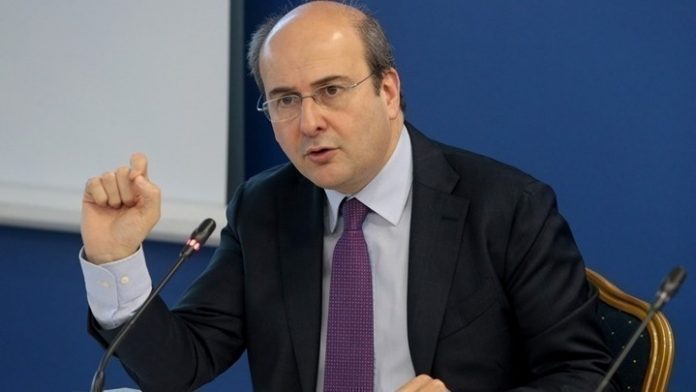 The Minister of Labor, Kostis Hatzidakis, spoke on the “Koinonia Ora MEGA” television show about the increase of the minimum wage.

“Indeed, we have a total increase of 10%, and this is a relief to wage earners for what they have gone through, but we are not celebrating for that. Employers suggested an average of 4%, the Centre of Planning and Economic Research had said from 3 to 6%. We go to the extreme limits of society’s patience. We believe that businesses will be able to withstand it, and because the economy is on an upward trajectory, and unemployment continues to fall. Businesses have grown a lot these days and employees have the right to ‘grow’,” he said initially.

“There is no doubt that there are difficulties. During the coronavirus period, we provided aid that was 5th in the world in relation to GDP. We are trying to exhaust the margins, we have employees who are being pressured, who were pressured before and are being pressured now,” he added.

Is the issue of raising the minimum wage closed?

The Minister of Labor, Kostis Hatzidakis, commented on whether this increase is the last that can be done.

“According to the law of 2013, the process is annual. It had frozen because of the memoranda and now it’s thawed. Every year, the social partners, the Bank of Greece and other institutes are consulted on whether the minimum wage can be increased,” he said.

“An additional salary is given per year. We are in 9th place in the minimum wage, above Malta and Portugal. Unemployment has dropped to 12%, state employment programs have tripled, and at the same time there are support programs for childcare facilities, for the disabled and more,” he commented.

What does the increase in the minimum wage entail?

“There is an increase in the minimum wage, there is an increase in the unemployment benefit by 31 euros, and increases for some benefits. We did what was ethically right, we are not celebrating. It was socially just and fair, and it was a result of the general economic policy of the government “, concluded the Minister of Labor, Kostis Hatzidakis.