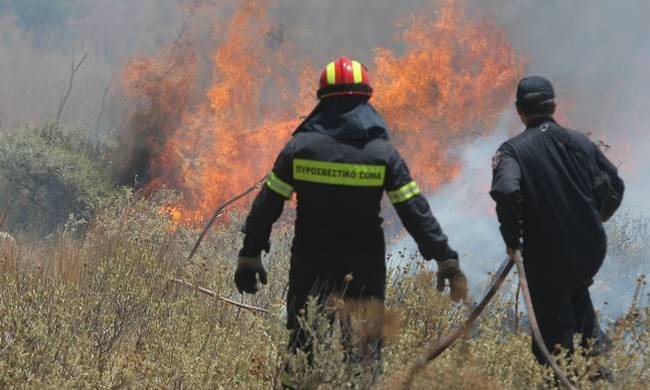 Thirty six fire engines with 90 firefighters crew, four Canadairs and a water dropping helicopter are operating from early Monday at the areas of Frixa and Skyllountia, Ilia region, in order to set under control a fire the broke out in a forest area on Sunday evening.

Deputy regional governor of Ilia Giorgos Georgiopoulos said to Athens-Macedonian News Agency that a large number of olive trees have been burnt but there were not damages in residences except some damages on a house’s roof.

Referring to the causes of the fire, he said that “This is something the Fire brigade will find out.”