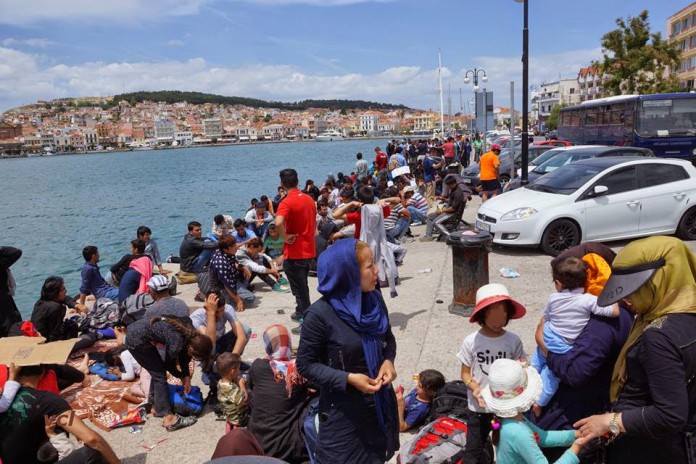 The mayor of Lesvos Spyros Galinos in statements to the Athens-Macedonian News Agency on Wednesday underlined the insufficiency of the EU policy in the management of the refugee problem in Greece that traps thousands of people on the Greek island and burdens the local societies.

Galinos proposed the establishment, initially in Greece, of a municipalities network with small hosting facilities for refugees and afterwards this example to be followed by European municipalities. “There are some thousands of municipalities, so if each one of them had a small facility we could face the problem without substantial burden on our societies and put an halt to the racist and fascist voices” he noted.

Lesvos mayor is currently in Brussels for “Cities of Solidarity-Solidacities” event held on Tuesday at the European parliament. During the meeting Galinos tabled a proposal on a “fair distribution of the refugees problem” in Greece and in Europe.