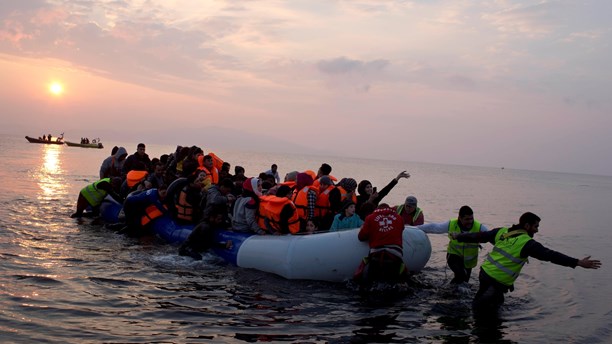 The municipality of Lesvos on Wednesday announced that the money that comes with the 2016 Olof Palme Prize, awarded to mayors of Lesvos and Lampedusa in Italy for their work to help refugees arriving on their shores, will be used to compensate two fishermen that helped save hundreds for the loss of their fishing boats.

Fishermen Kostas Pinteris and Thanassis Marmarinos from Skala Sykamnias became iconic figures during the refugee crisis, repeatedly risking their lives to save children and adults from drowning during the crossing from Turkey. Both fishing boats sank in the Skala Sykamnias harbour a few days ago, due to the weight of the snow that settled on them during a storm that hit the island.

Lesvos Mayor Spiros Galinos noted that the prize and prize money “belong to the citizens of Lesvos” who acted as an example and moved the entire world with the solidarity they displayed throughout the refugee crisis. He said the prize money will be spent on the people of Lesvos, starting with the two fishermen who risked their lives to save hundreds.

“Since the night before last, these two people are unable to even make a living. Even if their boats have not been damaged, the electronic and other equipment on board has been completely destroyed, as well as the tools of their trade. Within the next hours, when the road is cleared of snow and Skala Sykamnias can be reached, it will be possible to assess the damage to the two boats,” Galinos said.