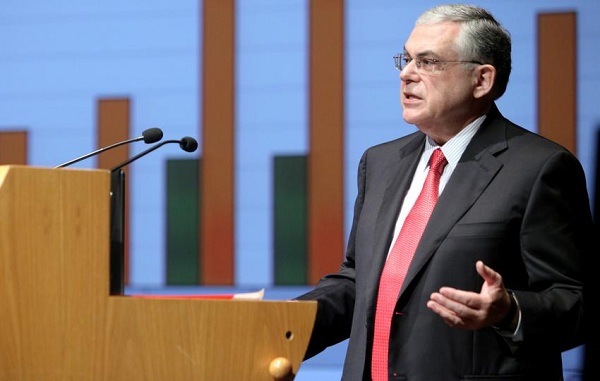 Former Greek provisional prime minister and economist Lucas Papademos spoke at the conference of the Fletcher School, titled “Greece’s Turn? Litmus Test for Europe.” Papademos said that debt relief was necessary but not a solution for Greece’s recovery on its own.

Speaking in Boston, he stressed that debt sustainability was crucial for the loosening of fiscal policy and a return of confidence to the markets as entry to the ECB’s program of quantitative easing. Nonetheless, he said that deeper reforms were necessary in the markets as well as the institutions of Greece. He said priority should be given to the upgrading of “quality and effectiveness” of public administration especially as far as the public revenue mechanism is concerned along with the improvement of the judicial system and education.

Papademos also said it was necessary for the bank system to fund healthy business. The recapitalization last Fall and the new measures for the administration of NPLs have taken away some of the credit obstacles, he noted.

The economist believes however, that there still remains a lot to be done as far as the credit asphyxiation of Greece is concerned.