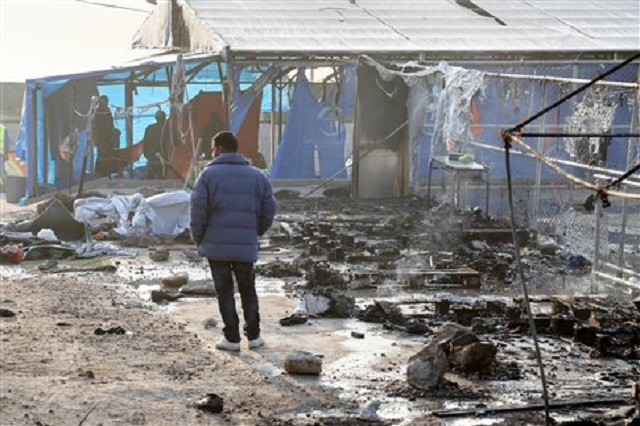 Municipal clean-up crews on the Aegean island of Lesvos were racing against time on Friday to clear away the debris after Thursday nights fires and to get the Moria refugee and migrant camp back into working order before the onset of rains expected on Friday night. 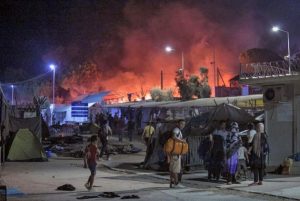 In the light of day, it also became clear that the blaze started by the explosion of a cooking gas canister was only one of many, and that fires had been started in at least 10 locations within the camp. According to police, the camp was only saved because there had been on wind on Thursday night, otherwise it would have burnt down from end to end. Due to overcrowding, with 4,500 people now residing within the camp, the tents are pitched very close together and touch each other, so that flames spread very rapidly.

According to one police officer, authorities on the island had considered such an outcome “pre-ordained”.

“We didn’t know when it would happen but we knew that it would happen. I hope that we are proved wrong about the worst that we say is coming if the camp at Moria is not decongested and the delinquent migrants who live there, next to women and children from countries ravaged by the wars in Asia, are not immediately removed,” one local police officer told.