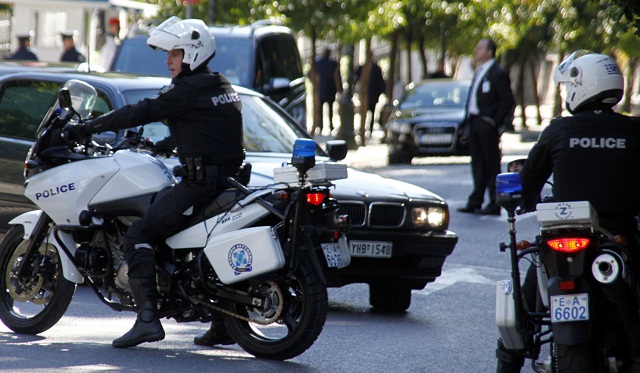 More than 250 officers from all departments in the police force took part in a giant operation in the Acharnes area near Athens on Friday, searching for clues regarding a stray bullet that killed an 11-year-old boy the previous day.

The incident occurred on Thursday night, at the 6th primary school in the area, when a bullet came out of nowhere and fatally injured the unlucky boy in the head, killing him in the school playground.

Police have so far searched five homes and brought dozens of individuals in for questioning in connection with the incident, trying to find out whether there was any wedding party or other event going on at that time, where shots may have been fired into the air.

Their search is now centred on the nearby Roma gypsy settlement at Avliza, where police are going door-to-door and searching through the area with a fine-tooth comb.

Police sources said an effort is underway to conclude the search before sunset, since searches of this type are not allowed during night hours except in special circumstances. To this end, they have cordoned off the entire area, though their efforts are being hampered by the fact that many residents locked up their homes and fled when they saw police arrive.

The search is now focused on a specific area within the settlement where the shots are believed to have been fired, while officers are also searching for guns, drugs and other evidence of illegal activity.

Some shells found in a nearby plot of land are being examined by ballistics experts to determine whether they are linked to the tragic incident or to any recent firing of bullets.