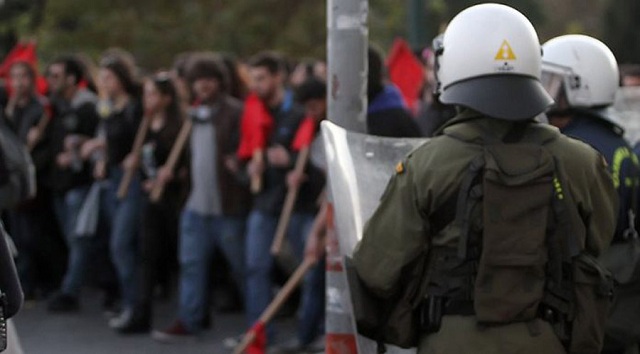 Masked individuals clashed with police outside the Athens Polytechnic University on Thursday evening, as the main annual march towards the American embassy to commemorate the 1973 Polytechnic uprising was underway in central Athens.

According to police, about 100 masked individuals who came out of the university’s Gini building, where a sit-in is being held, set up roadblocks on Patision Avenue, Stournari and George Street and threw stones, smoke grenades and other objects against police forces who responded with tear gas.

Other masked protesters are on the roofs of neighbouring buildings and are throwing objects against riot police.