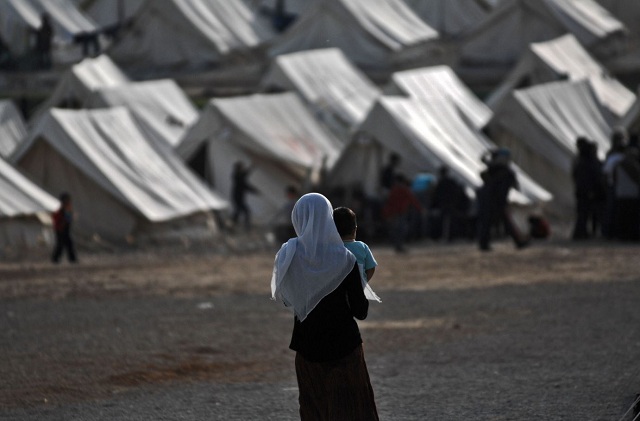 The mayors of four Aegean islands briefed a parliamentary committee on Thursday on the situation in Lesvos, Chios, Samos, Kos, and Leros.

Lesvos mayor Spyros Galinos told the permanent committee on public administration, public order and justice that local societies were overcome by the migration issue and felt abandoned. “We threw ourselves into the sea to save people and have come to the point of being criticised as racists,” he said, in a problem that he noted is not local but Greek and European.

“Seven villages are in a continuous crisis” on Chios, mayor Manolis Vournous said, “with migrants coming and going in their fields and hothouses for food, some of them entering homes as well.” Although this was an exception rather than the rule, he said, it influenced the attitude of locals. He also charged that the agreement between the European Union and Turkey to stem the flow of refugees “is implemented only by half, because the return (of migrants) to Turkey is not being carried out.”

The islands don’t need money, they need political will and infrastructure as well as personnel, Samos mayor Michalis Angelopoulos said. The staff reviewing refugee applications, he said, consists of three people who can only process a total of eight applications a day, resulting in 14-month delays for refugees. The islands of the Northeast Aegean must not become the only solution to the issue, he said.

Kos mayor Giorgos Kyritsis criticised the use of the islands as “an easy solution for some”, and said that the majority of migrants on his island “are neither refugees, nor do they have the profile of a refugee; their own countries will not take them back.” He proposed that they be returned to Turkey, as foreseen in the EU agreement.

Michail Kolias, mayor of Leros, said the islanders lived under a state of insecurity because there was no clear answer to whether a new hotspot would be created on the island, which he opposed. He also called for additional staff for the local hospital, which could hardly serve locals as is.

The mayors spoke of the feelings of despair by islanders and migrants alike, the sense that there was no political will to move toward a solution, and the fear that the islands would serve as places of entrapment for migrants who would not be able to move on. They also spoke of atrocious conditions at the hotspots, some barely fulfilling humanitarian requirements.

In his response, Migration Policy Minister Yiannis Mouzalas said that the islands needed relief on many fronts, and pointed out that the EU agreement reduced migration flow by 97%, but more returns to Turkey should be carried out.

The minister also said that conditions at the hotspot of Moria on Lesvos were barely adequate, and said the solution was a strategy of decompressing the camps by expanding them and improving conditions, creating pre-repatriation centers, and increasing staff in migration agencies.

The island mayors had met in March with European Commission President Jean-Claude Juncker, through an initiative by Migration Commissioner Dimitris Avramopoulos, to discuss the issues the islands had to confront during two years of heavy refugee flows.