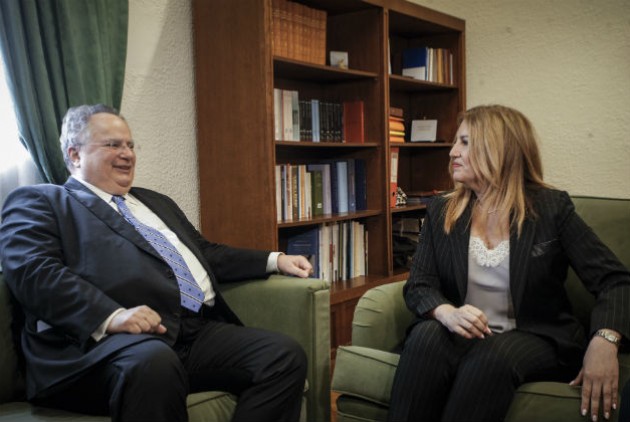 A meeting between Foreign Minister Nikos Kotzias and the head of the Movement for Change Fofi Gennimata was held on Tuesday. No statements were made afterwards.

According to Gennimata’s associates, however, Kotzias’ briefing was substantial and the discussion focused exclusively on the negotiations for the FYROM name issue, without any reference to Turkish provocations and only a small reference to Greece’s relations with Albania.

According to MFC sources, Gennimata made it clear that, when the government’s proposal on FYROM comes to parliament, the MFC will adopt a stance based on its position supporting a compound name erga omnes, along with legal commitments and the elimination of irredentism.