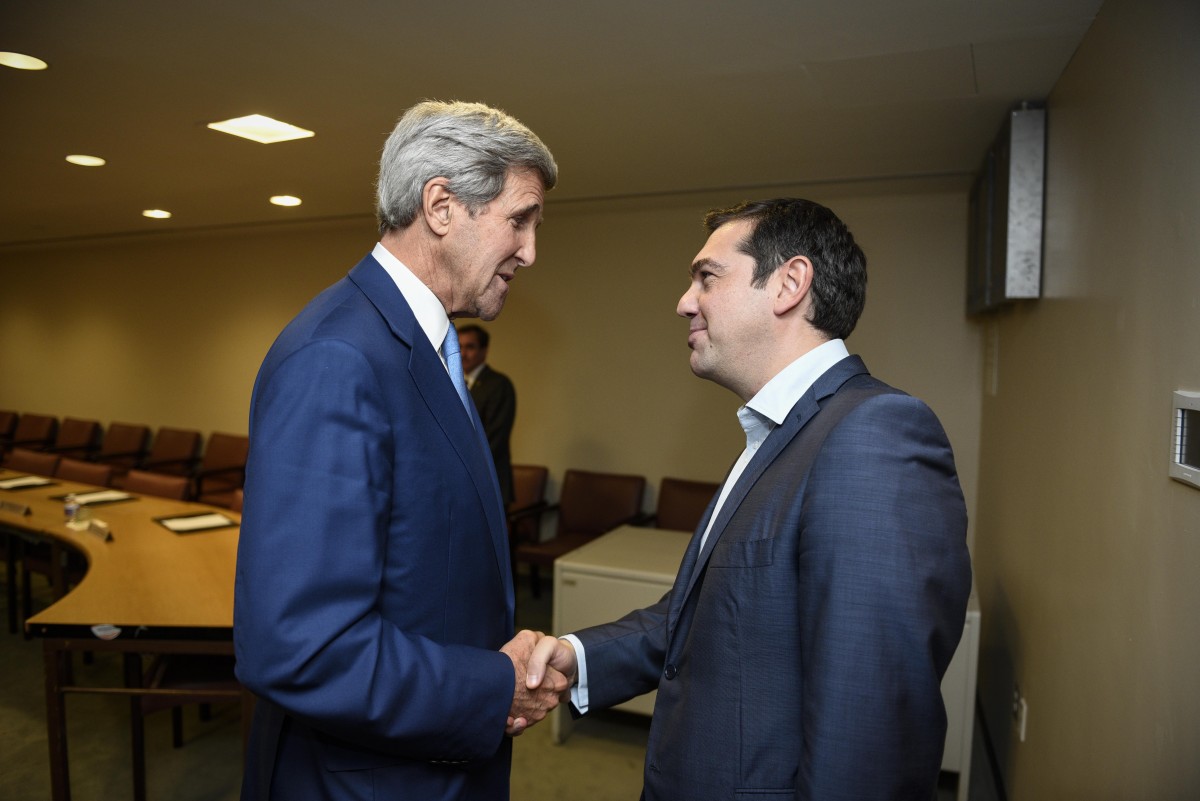 Greek Foreign Minister Nikos Kotzias will meet with the US Secretary of State John Kerry, who is visiting Athens for one day, on Friday at the ministry, his office announced.

Following the expanded talks between the two delegations, the two ministers will make joint statements to media in the early afternoon.

The talks at the foreign ministry will be preceded by a meeting between Kerry and Prime Minister Alexis Tsipras, with Kotzias in attendance, at the Maximos Mansion.

Earlier, during his visit on Cyprus, Kerry referred to “tangible progress” in terms of the Cyprus issue, adding that a solution was within reach. He spoke after separate meetings with Cypriot President Nicos Anastasiades and Turkish Cypriot leader Mustafa Akinci, during his one-day visit on the island.
He did not field questions from reporters.

Kerry said this confedence over a solution was reinforced after today’s meetings. “This is Cyprus’ moment,” he noted, saying the solution will not come automatically, but it will come. He also said he was impressed by the two leaders who, as he noted, are working hard to find a solution.