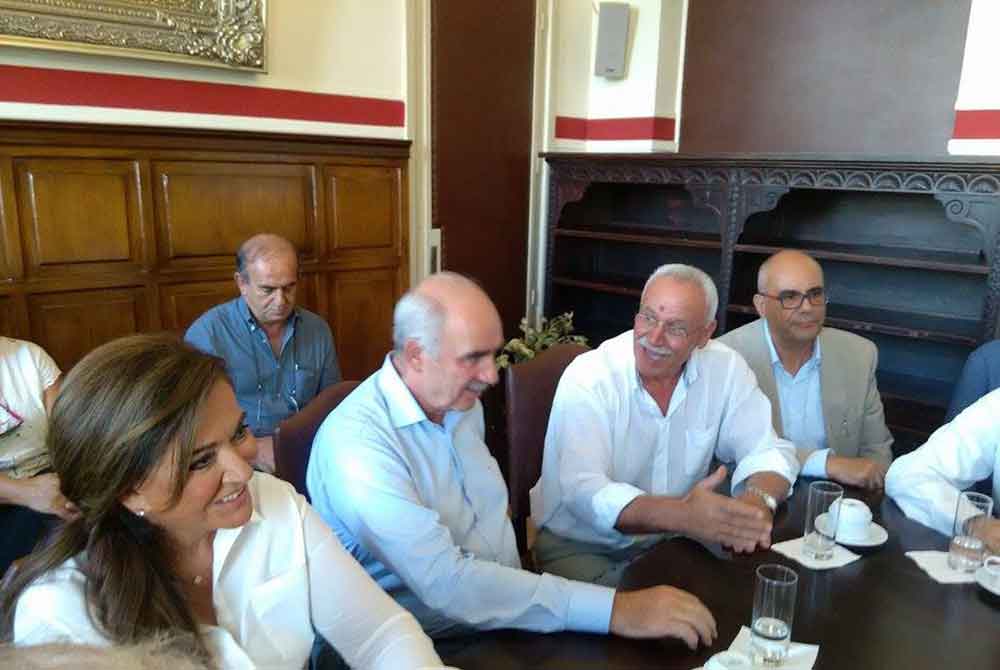 Main opposition leader Vangelis Meimarakis said on Thursday that Greece needs political stability to progress, during his visit to Chania, Crete, as part of his election campaign. The leader of New Democracy met with local authority officials and members of local businesses.

“The country cannot move ahead if we have elections all the time,” he said, noting the need for stable governance. “I believe stability can provide stable solutions to everything.”

In a visit to Rethymno earlier in the day, Meimarakis called on all citizens to consider what kind of future they want and for what Greece they would like to fight for. He went on to criticize SYRIZA leader Alexis Tsipras for not knowing what the he would face problems were and how to deal with them adding that “instead of fighting for the best, he toured around saying he will tear up the bailouts and make our partners dance to his tune.”

Commenting on his party’s stance on the deal achieved with Greece’s lenders, he said: “We voted the agreement because it keeps us in Europe”.

Speaking to journalists after meeting members of the local chamber of commerce, he said that cooperation and concessions will be needed to govern the country, which apparently it is what the people want.

Commenting on the recent polls, he said: “I read them and I take information so that I can turn them in our favour and not so as to be impressed, guided, celebrate or be disappointed – depending on what they say for us.”