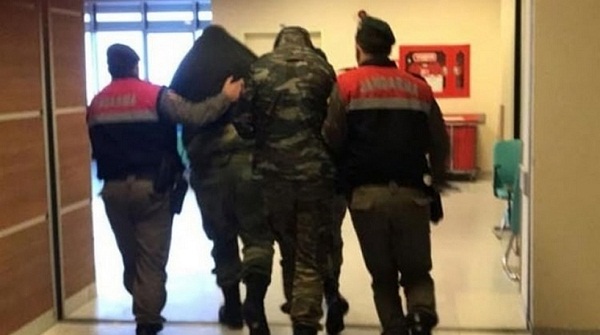 The release of the two Greek servicemen being detained in Turkey “is an issue of top national and EU priority,” Eurodeputy Manolis Kefalogiannis said on Monday following a visit to jail in Edirne, where the men are held pending trial.

The two men were arrested by Turkish authorities when they crossed into the neighboring country during a patrol in a wooded area early in March. Kefalogiannis is the first European official to be granted permission by the Turkish government to visit them.

The head of the New Democracy (ND) MEPs said, following the meeting, “I conveyed to the two Greek officers, Angelos Mitretodis and Dimitris Kouklatzis, the unlimited love of a whole nation,” and he expressed the hope they would be allowed to return to their families soon.

Kefalogiannis also said he had briefed main opposition ND leader Kyriakos Mitsotakis of the results of the visit. He added that Mitsotakis had been the first to raise at EU level the issue of the servicemen’s immediate release, during a meeting of the EPP Group in Europarliament on March 22.